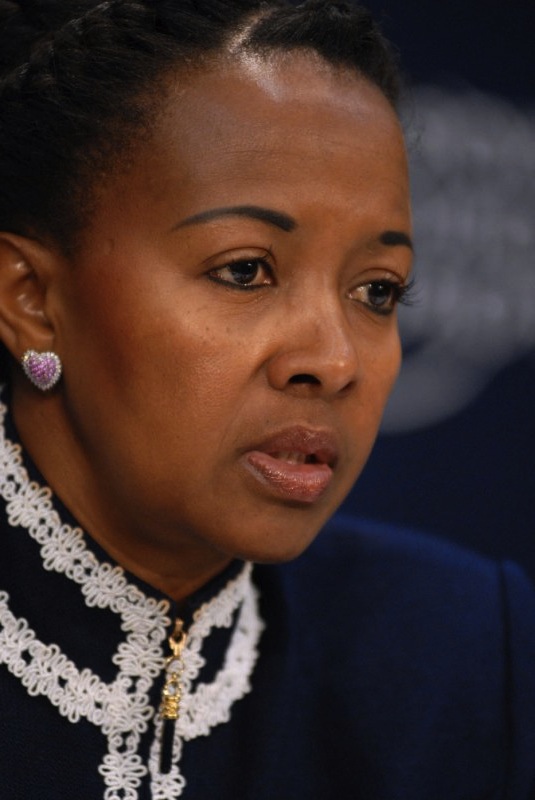 In Wendy Luhabe’s footsteps: Let’s give leadership a human face!

“We should give leadership a human face, particularly in the world we live in today where new leaders will change the game and say ‘we all matter even if we are different’”  – Wendy Luhabe

To lead means to take the initiative in an action, to set an example for others to follow. Leadership means showing others the way to a destination by going in front of or beside them (Google Definitions). There are many things however, that leadership is not and Wendy Luhabe’s words make clear the distinction: true leadership always has a human face.

Born Wendy Yvonne Nomathemba Luhabe, in 1957 in South Africa, Dr Luhabe has gone on to become one of the most recognised African women leaders in business, but she is best known for her role in empowering African women in business. She holds degrees in Arts and Commerce from University of Fort Hare and University of Lesotho respectively. For 10 years following her graduation, she built up her portfolio of national and international corporate experience with Vanda Cosmetics and BMW Group. Then in 1991 she launched into social entrepreneurship, establishing Bridging the Gap, a consulting firm that works on both sides of the corporate equation. It prepares young, black South Africans to enter corporate work and also prepares South African companies to accept them.

Wendy knows what it means to face discrimination in the corporate environment; as she puts it, “…corporations are often like prisons, and everyone in them is a captive. I think that sums up most people’s corporate experience” (FastCompany). She walked away from BMW after being denied a chance to interview for a position for which she knew she was qualified. Her experience coupled with the way she saw employees, even the elderly, being treated disrespectfully by managers fuelled her desire to establish a consulting firm based on ‘ubuntu’ – Zulu word meaning honouring a person’s humanity.

The negative treatment of employees by supervisors and managers was highly prevalent in 1991 and still remains today. I daresay many reading this have experienced dehumanising criticism from a superior and have possibly even given it. But this begs the question, what is leadership? What does it look like for one African woman to lead another? Wendy Luhabe believed it was not in barking orders, exercising superiority or limiting a subordinate’s achievement.

Since its inception, “Bridging the Gap” has trained many young South Africans and boasts an impressive client list of corporate organisations learning how to lead their employees and therefore get the best out of them. Having firmly established Bridging the Gap, Wendy pioneered the founding of Women Investment Portfolio Holdings in 1994, the first woman-owned company to be listed on the Johannesburg Securities Exchange. She began a Private Equity Fund for to empower women entrepreneurs and the Wendy Luhabe Foundation to improve the economic and educational condition of black South African women, several of whom came from households headed by children, casualties of the HIV/AIDS pandemic.

Wendy’s journey as a social entrepreneur did not begin with the goal of social entrepreneurship. What she hoped to do was revolutionise the way predominantly white conservative managers interacted with young, black junior officers in the corporate world. She wanted to give leadership a human face. This simple passion led to her becoming a successful entrepreneur who is now responsible for empowering thousands of women entrepreneurs in Africa to succeed. Speaking at the Discovery Invest Leadership Summit in Johannesburg in 2009 on what it takes to be a good leader, she stated:

“We should approach leadership in a different way and use it as a source to create innovation. This world needs multiple-intelligent leaders who can create a global entrepreneur movement capable of creating new industries and new job opportunities during these difficult economic times”

Wendy Luhabe has certainly lived up to her ideal of creating opportunities for others. As Harvey Firestone said “it is only as we develop others that we permanently succeed” and this is true of the leadership principles of empowerment whether you are an entrepreneur or a corporate worker.

Dr Luhabe’s portfolios include being a member of Club of Rome, Wiphold, International Marketing Council (IMC), International Institute for Management Development, Chair of Vendome Distributors, Chairperson of International Development Corporation (IDC), Chair of IMD Alumni SA and Chancellor, University of Johannesburg. She was named one of the 50 Leading Women Entrepreneurs of the World in 1999 and published her first book, Defining Moments in 2002, presenting the experiences of black executives in the rapidly changing era of the 70s, 80s and 90s. Her principles on leadership are as relevant today as they were 20 years ago.