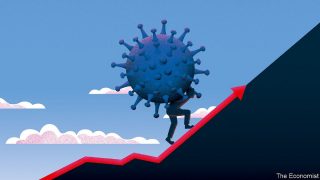 As the coronavirus pandemic begins to fade, the global economy is seeing a massive rise in bankruptcy, stretched valuation in financial markets, job losses, and disruption of education. Factors which have led global output to remain below living standards.

The International Monetary Fund (IMF) has estimated that global public debt will reach a record-high of about 100 percent of Gross Domestic Product before the end of 2020, as the global economy struggles to bounce back from the coronavirus crisis.

At the celebration of the 125th anniversary of the London School of Economics, IMF managing director, Kristalina Georgieva said the body expects global output to remain well below pre-pandemic projections over the medium term. For almost all countries, this will be a setback to the improvement of living standards.

According to Georgieva, financial institutions such as the IMF have stepped up to offer aid, with African states spending an additional 2.5 percent of GDP on average to help their populations. The region faces a projected financing gap of $345 billion through 2023, she said.

With heavily indebted countries being forced to choose between debt service and additional health and social spending, African states still need $1.2 trillion in financing through 2023, despite sizable domestic adjustments.

Africa is faced with the pandemic that has collapsed commodity prices and a plague of locusts, putting 43 million more people at risk of extreme poverty, according to World Bank estimates. The crisis has also made inequality even worse because of its disproportionate impact on low-skilled workers, women, and young people.

In Nigeria, the collapse of oil prices in the global market and the outbreak of the pandemic affected foreign revenues, forcing the government to borrow for expenditure funding. The Debt Management Office revealed that the country’s total external debt stood at about N11.363 trillion, or $31.477 billion as of June 30, 2020.

For Georgieva, it is important that the financial institution finds a solution to the rising debt of the global economy. The IMF urges members to make new pledges so the fund can increase its concessional lending capacity, and to loan their Special Drawing Rights, which is the Fund’s currency to poorer countries.

It also backs an extension of the Group of 20’s moratorium on official bilateral debt payments beyond the end of 2020 and steps to strengthen the architecture for debt restructuring.