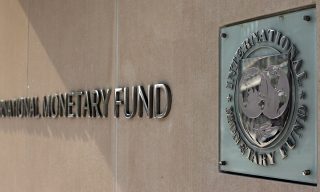 On Friday, September 18, 2020, Angola announced that it was close to striking debt agreements with a number of Chinese banks and government agencies. However, on Monday the 21st, the International Monetary Fund (IMF) revealed that Angola will receive $6.2 billion in debt relief over the next three years following agreements lined up with three of its major creditors.

According to a report, the IMF mentioned that although Angola’s debt is sustainable, significant vulnerabilities remain while “debt dynamics are highly sensitive to further oil-price volatility.”

The government, however, said that it would further seek debt relief as much as possible. In a lettered comment, the government said, “to the extent that unforeseen risks to achieving the medium-term debt target materialise, we will act to mitigate those risks, including by seeking additional debt relief from a wider group of creditors.”

China remains Angola’s biggest creditor. The Africa nation has over $20 billion in bilateral debt with the lion’s share owed to China. Much of the money was borrowed to fund the building of roads, hospitals, houses and railways across the southern African country.

Angola services its loans to China with oil making oil-backed loans account for about two-fifths of its external debts. But since entering an IMF programme in December 2018, Angola has come under growing pressure from the fund to clear its collateralised debts, a report shows.

But during the course of 2020, the country cut down on the oil it shipped to China, seeking rather, debt relief. The need for debt relief has created an easy passage for Beijing to extend its oilfield holdings as the system of using the country’s oil for debt service seems not to be feasible.

Anytime a debt relief is offered, usually, the borrower is already experiencing a debt overhang.  Overhang occurs when the cost of a country’s debt, taken with a decline in the economy, discourages new investment. But when debt relief is granted, like this case with Angola, the debtor is able to boost its economy and better service debts owed to every creditor while creditors’ expected claim rises favourably.