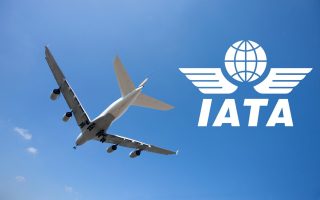 As movement restrictions ease gradually across the globe, passengers are likely to face a hike in prices of air travel, the International Air Transport Association (IATA) has warned.

Post-lockdown, airlines will be caught between low demand, excess capacity, and low fuel prices, which ideally should translate to lower fares. But the IATA notes that factors such as planned social distancing measures that require middle seats be left vacant and an increase in turnaround times due to sanitization procedures will raise unit costs.

Airlines will see seat capacities reduce by 38 percent, the industry lobby said. In addition to having fewer seats to sell, the measures will reduce the maximum load factor to 62 percent, below the average industry break-even load factor of 77 percent.

The expected sharp rise in unit costs and reduced load factor will make it necessary to hike fares. If operators do not increase ticket prices, many will fold, IATA chief economist Brian Pearce warned in a recent briefing.

An increase of 43 percent has been projected for airlines in Africa and the Middle East, while other regions are expected to see fare increases of anything between 43-54 percent compared with 2019 rates.

“Airlines are fighting for their survival. Eliminating the middle seat will raise costs. If that can be offset with higher fares, the era of affordable travel will come to an end,” said IATA chief Alexandre de Juniac. “On the other hand, if airlines can’t recoup the costs in higher fares, airlines will go bust.”

Neither of the above is a good option, de Juniac said, considering the world will need strong connectivity to help kick-start the recovery from the coronavirus-induced slump. Experts say the recovery in air travel will lag behind economic activity as the world emerges from the pandemic era.