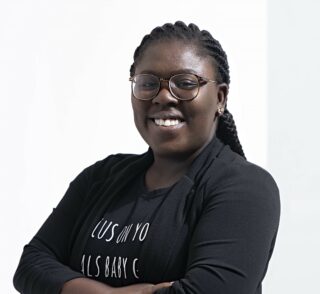 #I4GHACKFEST: Tech is the only sector that allows you to come as you are – Odunayo Eweniyi

Over the past decade, Nigeria’s tech scene has shown impressive growth. By passing through several tech waves, the industry has gone from obscure and undervalued to the country’s fastest-growing sector.

During the pandemic, young Nigerians became more interested in tech. As a result, there was a tech startup boom in 2021. Today, Nigeria is Africa’s top destination for venture funding and has the continent’s largest startup network. A report by Disrupt Africa shows that Nigerian startups are more likely to undergo some form of incubation or acceleration than those from any other African country.

As a result, the demand for talent has skyrocketed in Nigeria. So it’s no surprise that tech workers are growing in the country. Nigeria now produces the third-highest number of software developers in Africa.

But some believe that the tech industry might be getting saturated, especially sub-sectors like fintech. This argument suggests there might not be as much room for newcomers as people say. Nigeria’s labour statistics show that 42.5 per cent of its youth are unemployed, so there’s a high supply of labourers and stiff competition for jobs. Meanwhile, tech still employs the lowest portion of workers compared to other sectors.

However, that narrative does not paint a complete picture of Nigeria’s market. According to Odunayo Eweniyi, there is still so much untapped potential for newcomers to explore. Speaking at the Ingressive for Good Hackfest 2022, themed “No Techies Left Behind,” Eweniyi highlighted prospects for everyone to grow in the industry.

“As an ecosystem grows and begins to thrive, you naturally see the emergence of people who think they can exclude others and gatekeep it,” Eweniyi said. “They make it seem like you need to meet a particular standard before you can say you’re in tech. But that’s not true. You don’t need anyone’s permission to work in tech or even start a company.”

One of the strongest selling points of tech has been the relative ease of getting jobs. As of March 2021, data from the Nigerian Bureau of Statistics showed that Nigeria had over 187,000 tech professionals, and only 28 per cent were unemployed. But according to Eweniyi, there’s even more room for entrepreneurs. “There’s no one that can stop you from building a tech-enabled business,” she said. “More than anything, what tech shows you is that you can learn along the way. When my friends and I started PushCV, we needed to operate the company. Before then, I had never tried to operate a business before. But there’s nothing that stops you from learning. In 2016, my co-founders and I, a bunch of engineering graduates, started a fintech company. No other sector allows that. You can’t do that at JP Morgan or Goldman Sachs. You can’t run treasury in GT Bank if you don’t have the requisite degree. But in tech, there is so much opportunity, latitude to learn, and so much space for expanding yourself,” she said.

A common perception about tech is that people need to know how to code to be relevant. But Eweniyi debunks that, saying she “hasn’t written one line of code in the last eight years,” and that doesn’t make her “less of a techie than anyone else.” According to her, “you can absolutely run the ecosystem without knowing PHP, Java or whatever the language of the day [is]. We need accountants, lawyers, product managers, customer service people and everybody that comes together to make our ecosystem progressive and colourful,” she said.

More so, one of the primary advantages that tech offers Nigerians is that they can start a career without a computer science background. A 2022 Tech Work report by A.Team and MassChallenge showed that tech founders have become more flexible with their hiring requirements such that a university degree might not be necessary to fill a middle-skill or even a high-skill role. “There is only one sector that allows you to come as you are, and that’s the tech ecosystem,” Eweniyi said. “The only thing that limits you in your application of tech to whatever it is you want to do is your imagination. There’s literally nothing you’re thinking of that cannot be tech-enabled. There is space for all of us here as long as you take it.”

About  Ingressive for Good

Ingressive for Good is an ed-tech nonprofit founded by Maya Horgan Famodu, Sean Burrowes, and Blessing Abeng with a single goal to increase the earning power of African youths by empowering them with tech skills and connecting them to jobs and opportunities. So far, the nonprofit organization has trained over 150,000 African youths with tech skills and every year they celebrate these beneficiaries at their annual event – HACKFEST.