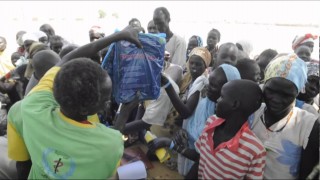 How to break the malaria gender bias

Malaria is gendered. Malaria affects thousands of women, men and children every year in Africa. Although everyone is at risk of getting malaria, its impact on women, especially pregnant women, carries the highest risk. What makes this disease even more devastating is that it disproportionately impacts women and girls. Women bear the health, societal and economic brunt of malaria that thrives in and exacerbates poverty and deepens inequalities.

Look at the burden. According to the World Health Organization (WHO), in 2020, malaria accounted for  627,000 deaths globally, with 602,000 of those deaths occurring in the WHO Africa Region. Infection during pregnancy across 33 African countries, including my own, Senegal, resulted in 819 000 children with low birth weight. Thus, evidently, the impact of malaria on women in Africa is two-pronged; on the babies and their mothers.

Malaria and gender present a potentially challenging relationship; however if we can advance gender equality by valuing, investing and supporting women we will have better outcomes in malaria prevention.

It is encouraging to note that national malaria programs across the continent are mobilizing community health workers, the majority of whom are women, to play an active role in sustaining malaria case management, addressing other diseases, and supporting pandemic preparedness and response, including interventions such as early detection of fevers, and real-time surveillance.

Supporting women to fight malaria means giving women freedom, resource and choices on malaria outcomes. When women and adolescent girls are supported and gender equality improves, we spur a virtuous cycle: greater access to healthcare leads to lower child-mortality rates and an earlier end to malaria and other diseases.

For instance, in 2020, 20,000 female seasonal workers hired to support indoor residual spraying (IRS) campaigns in 16 countries earned over USD 2.5 million in wages, providing substantial financial support to these workers, their families, and communities.

Creating pathways for women to serve in supervisory positions by giving them mentors and training also paves the way for additional employment opportunities and for other female health workers to advance their careers and earning potential.

Women in malaria-endemic countries are the leading—but little-acknowledged—investors in the fight against malaria. They make up 70 percent of the community health workforce that has been instrumental in driving down malaria cases and deaths in remote and rural communities over the last two decades. Women and adolescent girls are also the greatest contributors to the informal “care economy.”

Apart from the lack of recognition of women leaders and investors in malaria, they face other barriers to accessing and utilizing healthcare services in malaria prevention and care. Providing countries with guidance on identifying risk factors and barriers impeding equitable and integrated people-centred malaria programs, including gender-related obstacles is part of the work that needs to be done.

We must ignite more effective integrated and multi-sector action towards the global agenda to end malaria by 2030.

An inclusive, multisectoral response is required to control, eliminate and ultimately eradicate malaria, today’s youth are the generation that can play a crucial role in ending malaria.

In response to the 2020 “Zero Malaria Starts with Me” campaign, Miss Hanisah Iddrisu, a student, distributed malaria prevention materials to female head porters and their children and pregnant women in New Town and Teshie Nungua, both suburbs in Accra, Ghana. It is important to invest and empower young people because they are crucial change agents. Their efforts and commitment are necessary to sustain the gains made in the fight against malaria.

The “Zero Malaria Starts with Me” campaign engages all members of society: political leaders who control government policy decisions and budgets; private sector companies that will benefit from a malaria-free workforce; and communities affected by malaria, whose buy-in and ownership of malaria control interventions is critical to success.

More broadly, breaking the gender bias across sectors is critical. At Speak Up Africa this involves creating spaces that enable women to not only see themselves represented in any room they walk into – but also to meaningfully participate in decision making spaces that affect their health. The Voix essentiELLEs initiative and fund have been set up to enable female-led organizations working in health, including in malaria, to actively engage in decision-making spaces that influence policies and programs.

As the world unites under the RBM Partnership to End Malaria theme of “Advance Equity. Build Resilience. End Malaria”, we also need to better recognize and support women’s investments in the fight against malaria.

If we are serious about malaria elimination in Africa, women must be included at decision-making levels to advise on the development, designing, delivery and implementation of tools and programs that target health issues that affect them – especially malaria. Excluding women — particularly when making decisions on health issues that affect them, their children and the entire family — will continue to delay the realization of malaria elimination on the continent.

As the WHO notes, women’s empowerment is a public health imperative and when women and girls are encouraged to have a new mindset in the fight against malaria, it ultimately leads to a safe, fulfilled, productive and better future.

While in 2022 the fight against malaria faces a bigger challenge than ever before because COVID-19 and other difficulties have increased malaria deaths for the first time in over a decade, thanks to continued innovation, we are ready to fight malaria smarter – using resources more effectively to save more lives.

The added bonus is an investment in women because gender-based investments in malaria will also deliver a powerful double dividend, addressing many of the long-term gender inequities that are perpetually exacerbated by the disease.

It is time to address malaria’s hidden toll on women and girls. Let’s fight for what counts this World Malaria Day and all year long, to get back on track to end malaria and achieve a safer, more equitable world!

Article by Yacine Djibo, founder and executive director of Speak Up Africa, a nonprofit based in Dakar, Senegal, focused on public health and development in Africa.