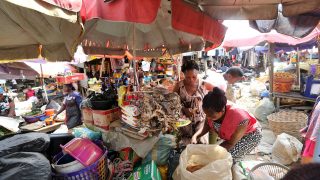 South African tech company, Hello Group, has created a window for Zimbabweans to import foodstuff via its Malaicha App. The tech company which is based in Pretoria, Gauteng, has been licensed by the government to provide foodstuff delivery from South Africa(SA) to Zimbabwe where people heavily depend on Africa’s most industrialised economy for food, amid a COVID-19 lockdown.

Before coronavirus, the traditional way of importing food from South Africa was through bus and taxi drivers. But when the country introduced the toughest lockdown measures yet recorded in Africa, it became difficult for many Zimbabweans to order for groceries from SA or ferry foodstuff to family members in Zimbabwe. However, the Malaicha app now makes it possible and easy for groceries to be ordered and get it delivered in Zimbabwe within the shortest period of time.

Although the Malaicha app, which was launched in 2019, has not yet broken even, it is beginning to record a surge in usage. According to a statement by its Managing Director,  Sayjil Magan, Malaicha handled an average of 20,000 to 30,000 orders a month. He added that the number increased by around 200 percent month-to-month by April, while user numbers grew by around 100 percent to 75,000. In the long run, the Malaicha app could become an uncommon leading solution to help with food supplies in Zimbabwe during the lockdown as its user base continues to increase.

South Africa is Zimbabwe’s top import destination according to statistics,  recording a $2.01 billion worth of importation from South Africa as of 2017. Zimbabweans depend on food imports from South Africa. Asides from the negative impacts of land reforms which affected the economy and agricultural output, poor harvests, political unrest, eroded salaries, and an ongoing currency crisis, have equally heightened living conditions making it tough for many to afford basic meals.

Zimbabwe is the world’s 95th most complex economy according to the Economic Complexity Index (ECI). It has a negative trade balance which doubles its exports. As of 2017, the Southern African country exported $1.93 billion and imported $3.22 billion amounting a trade deficit of $1.29 billion. Its main imports are motor vehicles and machinery, fuel and foodstuffs, while its core import partners are South Africa and China.