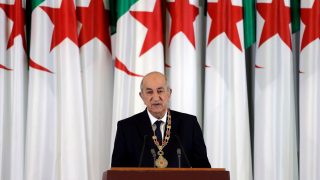 How the ease of lockdown measures could help boost Algeria’s economy.

After recording about 35,214 cases of the COVID-19 (coronavirus) infections, 24,506 recoveries and 1,300 deaths, Algeria has eased its lockdown and strict coronavirus restrictions. The Algerian government recently lifted its travel ban on 29 provinces from August 9, 2020, through the end of the month.

The decision which was announced at the beginning of August saw the government reduce an overnight curfew from 11 p.m. to 6 a.m. from time frame 8 p.m. to 5 a.m. The North African country has authorised mosques with a capacity of more than 1,000 worshipers to reopen from August 15.

During the course of the last decade, the Algerian government embarked on a journey to diversify its oil-dependent economy. It singled out tourism as one of five priority sectors for investment. The country began to consider prospects in tourism based on certain qualities. It has over 1600 km of Mediterranean coastline, important cultural and historical sites, and the striking desert landscapes of the Sahara.

Beaches, entertainment venues, restaurants, cafes and hotels can now resume operations from August 15, 2020. Its coastline holds 372 beaches, although much of the seafront remains undeveloped compared to other Mediterranean destinations, a report shows. This reopening is an important step for the government as it would see an increase in revenue generation for the country.

While the government continues to ease its lockdowns, tourism may be treated with more priority to attract foreign investors due to the country’s prospects. Seven sites from the Roman, Catholic and Islamic histories, listed in UNESCO World Heritage list can be found in the country. The UN cultural community also recognises six seasonal festivals, traditional rituals and religious pilgrimages in its list of “intangible cultural heritage” practices.

Algeria is Africa’s largest country. Its economy is dominated by its export trade in petroleum and natural gas, commodities that, despite fluctuations in world prices, the sector still contribute about one-third of the country’s gross domestic product (GDP) yearly.