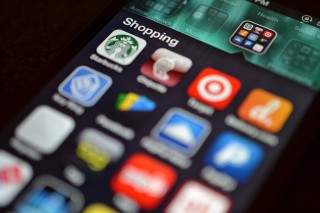 How the app economy will drive innovation in Africa

The mobile economy has finally arrived in Africa. Anyone who doubts should simply take a look around them. The millennial generation have become the leading purveyors of the emerging “App Economy”. They are driving the boom in mobile services and reinventing the way businesses engage with their internal and external audiences and stakeholders.To compete in this new “app economy,” telcos will need to invest in gaining market share” through mobile applications, services, advertising and the customer data that powers them. Mobile point of sale is also set to take off in the enterprise. By the end of 2015, nearly 50% of enterprises with 2,500 or more employees will have some variation of a mobile point of sale (mPoS) deployment.

More than 80 percent of market-leading organisations globally already recognise that mobile is fundamentally changing the way they do business. By providing apps and services that directly support the devices and connectivity of their core businesses, Africa’s telcos can improve customer satisfaction, decrease the cost of customer service, and generate sizable efficiency dividends to their customer retention and employee productivity.

The mobile ecosystem is therefore poised to create new economies driven by a new set of rules. Not one African nation has escaped the movement to mobile. The dynamics of mobile growth on the continent will continue to provide good study material for savants of global telecommunications, especially when you look at how mobile has helped to transform the national gross domestic picture of nations and the personal economies of citizens at the bottom of the pyramid.

Take a look at Nigeria, a nation of about 170 million people. Nigeria’s mobile uptake has been one of the fastest in the emerging market over the last 12 years, growing from just under 500,000 lines in 2001 to its current 120 million lines. In the Indian Island nation of Mauritius (population 1.3 million), the impact of mobile has been no less significant. Rated as one of the easiest countries to do business in in Africa, Mauritius has clearly benefitted from the adoption of new technologies like mobile and bio-technology in its agriculture sector.

It should therefore come as no surprise that Africa’s cellular network operators have been able to benefit from rapid growth in mobile subscriptions. But traditional telco business models rely on high demand for voice and messaging services, which still comprise over 90 percent of mobile revenues in many markets in the region. Analysts estimate that data will make up almost 27 percent of telco service revenues in Africa by 2018. However, as the adoption of smart devices mobile data grows, telcos face increasing competition from over-the-top (OTT) providers offering free apps for messaging and VoIP calls.

The telco industry can benefit significantly from embracing this mobile disruption. In the African markets where 80 percent of consumers have no bank accounts, for example, telcos have already disrupted financial services providers with mobile money services. With their knowledge and control over mobile networks and infrastructure, telcos also occupy a prime position to facilitate the mobile transformations of other industries; from retailers adopting enterprise mobile solutions to manage back-end logistics, to governments seeking to offer the same ease of use and convenience that citizens already expect from the private sector.

For example, in Ghana, Surfline Communications is using an IBM cloud solution to support critical back-end processes. This IBM technology is helping Surfline not only to focus on mobile innovations for its own customers, but also support the infrastructural and implementation needs of Ghana’s businesses and government agencies as they start to invest more heavily in mobile services. 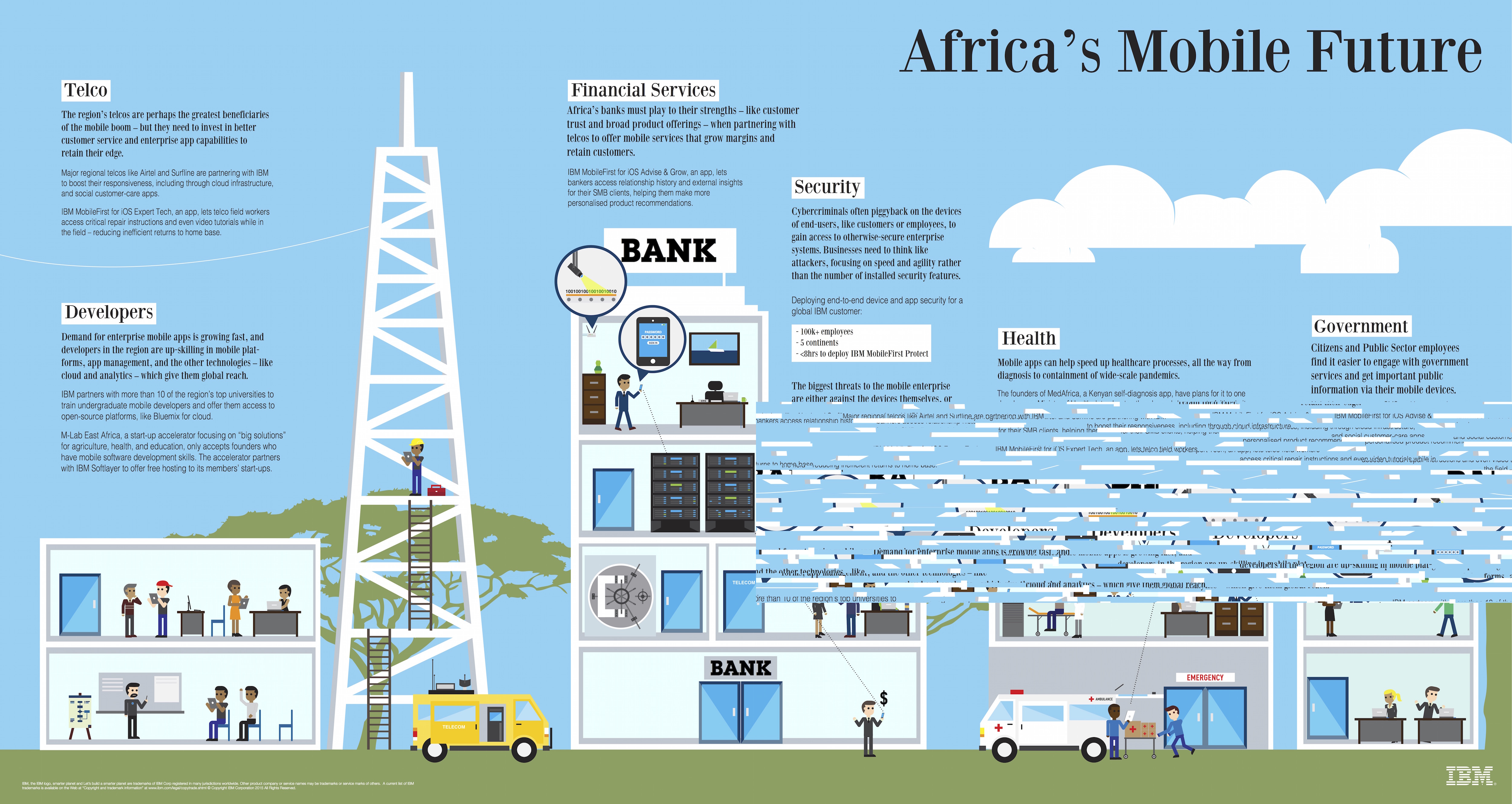 For most Africans, mobile devices are the primary technology platform. African telcos would do well to consider the frictions experienced by prepaid customers, who account for 9 in every 10 Africans with a mobile device. Prepaid customers with medium to high spending – particularly those using smart devices – typically want flexibility in their service consumption. However, these same customers face the inconvenience of frequently topping up their accounts using vouchers, a legacy procedure that has not changed in the past 15 years. This can be transformed with a simple smartphone app which automatically tops-up a customer’s prepaid account from their mobile wallet, when it hits a certain threshold. It would save telcos the significant margins that typically go to retailer-middlemen selling prepaid credits; and create a new source of revenue for banks enabling direct access to bank accounts to top-up. Bharti Airtel, a leading Indian telco, offers customers an award-winning app built with IBM technology which lets them manage multiple services (and even add new ones).

For Africa’s phone companies, the capacity to act local and think in global terms would be crucial test of their market relevance. As other parts of the world continue to pivot to mobile, the telcos in Africa have a valuable blank slate on which to develop new products and services (and even new business models, based on open software design and collaboration), with relevance to a range of other industries in the region and around the world. These telcos have a natural advantage to take the lead in mobile services innovation, thanks to their history of control over the device and the network.