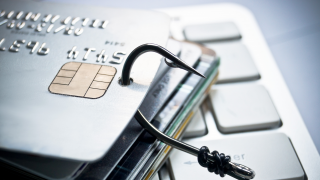 The continent of Africa has suffered massive financial damage from shady deals run by some offshore companies managed by foreign investors or citizens. Over the years, many so-called investors have left their countries with a calculated motive to prey on the greed of a few African leaders, leaving nations impoverished. On the other hand,  super-wealthy Africans have taken a queue to create offshore companies through which they’ve defrauded their own countries.

From Nigeria to the Democratic Republic of Congo (DRC or Congo), we have seen how foreign companies engage corrupt government officials in bribes to gain controlling stakes in mineral resources. Whereas in places like Zimbabwe and Angola, two government officials have leveraged their premium access to power and enormous wealth to create offshore companies through which they siphoned national wealth.

In 2010, Process & Industrial Development Ltd (P&ID), an offshore firm backed by hedge funds, entered a deal with the Nigerian government to build an oil refinery facility. On its part, Nigeria would provide free gas for 20 years to the facility in exchange for processed gas for electricity generation- granting P&ID the right to sell off leftover products. But the facility was never built as the government cancelled the deal on the grounds the contract was reached through bribes to former government officials.

Thus, in a court case, expected to commence this week in London, between P&ID and the Nigerian government, the plaintiff is demanding an $11 billion payment accruable following the failed gas deal.  In 2017, a UK court ruled in favour of P&ID, ordering Nigeria to pay compensations to the tune of $6.6 billion (which ballooned to $11 billion). But in 2020, Ross Cranston, a  UK high court judge, in a ruling said that he believed there was a strong case to be made that “the gas processing contract was procured by bribes paid to insiders as part of a larger scheme to defraud Nigeria.” The case is still on.

Last year, in a similar multinational bribery scheme, Glencore International and Glencore Ltd., a Switzerland-based multi-national commodity trading and mining firm,  pleaded guilty to a massive bribery scheme that would see it pay over a $1.1 billion fine to the Nigerian government. According to local news, a former United Kingdom-based trader for Glencore Plc, Anthony Stimler, had confessed to bribing officials in Nigeria in exchange for favourable contracts from the NNPC, Nigeria’s state-owned oil company.

Stimler conspired with others to make millions of U.S. dollars in corrupt bribes payments to officials in Nigeria. Millions of dollars in bribes were paid to Nigerian officials, in exchange for government oil contracts and access to more lucrative grades of oil on more favourable delivery terms.

Two years ago, The Congo is Not for Sale anti-corruption coalition released a financial investigation revealing that the Democratic Republic of Congo (DRC) could lose $3.71 billion from mining and oil deals with Israeli billionaire Dan Gertler. The businessman is the founder and president of the DGI Group of Companies, owners of extensive diamond and copper mining interests in the Central African country.

The group accused Gertler of leveraging his friendship with former President Joseph Kabila to secure unlimited access to the nation’s huge mineral resources at significant discounts.  They explained that the Congo government lost $1.95 billion in revenue between 2003 and 2021 and could lose a further $1.76 billion in future royalty payments to Gertler’s companies between 2021 and 2039 if nothing was done.

Through the years, his activities in Congo earned him and his entities United States economic sanctions. Although he has denied all claims of corruption and has never been prosecuted for any crime by the DRC, last year, he signed a deal with the government to restore ownership of mining and oil assets. Under the terms of the deal, Gertler will return mining and oil assets potentially worth billions of dollars to the state in exchange for the refund of expenses and Congo’s assistance in getting US sanctions against him ended. That’s because while doing business with the government, his companies invested billions of dollars in iron ore, gold, cobalt, oil, agriculture, and banking in DRC.

Kudakwashe Tagwirei, call him “Queen Bee” if you like.

Kudakwashe Tagwirei is a US and UK-sanctioned Zimbabwean billionaire who plays a critical role in the country’s politics and economy. Widely called “Queen Bee”, Tagwirei is the President’s special adviser. According to local news reports, links with the president have facilitated his dominance in the country’s energy, platinum and gold markets. At least $3 billion in treasury bills issued by the country’s Reserve Bank were awarded to his businesses between 2017 and 2019.

In 2021, The Sentry uncovered hundreds of companies, including 40 offshore businesses via which he gains government contracts. Despite all the sanctions and internationally proven investigations, the Zimbabwean government has not taken any decisive steps to reprimand or prosecute the businessman.

One time Africa’s richest woman, Isabel dos Santos is the daughter of Angola’s former President, José Eduardo dos Santos. Her father ruled the country for 38 years as an Oligarchy before his handover in 2017 to President Joao Lorenco. During his reign, Isabel and her brother, Jose Filomeno de Sousa dos Santos, held significant economic positions in the country. While Isabel served as chairperson of the state-owned oil company, Sonangol, Jose Filomeno was the Chairman of Fundo Soberano de Angola, the country’s sovereign wealth fund.

But in 2020, the International Consortium of Investigative Journalists (ICIJ) in a report titled Luanda Leaks, highlighted how two decades of corrupt deals made Isabel dos Santos Africa’s wealthiest woman and impoverished oil- and diamond-rich Angola.  The businesswoman, in collaboration with many others, moved public money to offshore secrecy jurisdictions. “ICIJ found that dos Santos, her husband and their intermediaries built a business empire with more than 400 companies and subsidiaries in 41 countries, including at least 94 in secrecy jurisdictions like Malta, Mauritius and Hong Kong,” states the report. “Over the past decade, these companies got consulting jobs, loans, public works contracts and licenses worth billions of dollars from the Angolan government.”

Since the release of Luanda Leaks, Isabel dos Santos has been ordered to make a couple of refunds to the Angolan government. In 2021, she bagged an economic sanction from the US government on the grounds of corruption. Last month, Angola’s Supreme Court ordered the seizure of over $1 billion worth of assets from dos Santos.

Among the four counties, DRC, Angola and Zimbabwe have suffered the most from such premium fraud. This does not downplay the fact that massive offshore frauds were masterminded by top Nigerian officials in the past. While corruption seems to have eaten into the fabric of Africa’s largest economy, the level of offshore fraud is not as massive now as it was before. Or maybe, they have not yet been discovered.