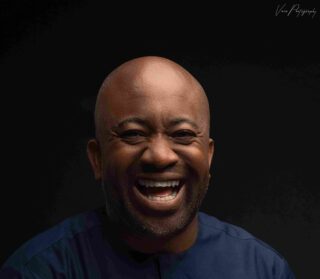 It was mid-morning in Middletown, Delaware, Mister Guobadia’s location, when we had our virtual meeting. He was seated in his dark-toned home office, lustred by the sunray from the window in front of him. Bookshelves straddled the door behind him, holding books, frames and a small-sized Benin sculpture. “It’s a beautiful day,” Guobadia, 46, said after exchanging pleasantries. He was as lively as an October afternoon. He took a gulp of water from his bottle before proceeding to introduce himself.

Oswald Osaretin Guobadia’s reputation precedes him, and for different reasons. Most people know him as the architect behind the potentially groundbreaking Nigeria Startup Bill. Some others know he sits on the Presidential Council on Digital Economy and e-government. To many who have worked with him, he’s known as “Mr Straight lines”, an alias he got for his philosophic emphasis on simplicity. He is also a Non-Executive Director on the Board of Edo Innovates.

But he wasn’t always in the policy-making scene. One of his companies, DBH Solutions, which he co-founded with Dafyyd Bayley-Hay, has become a leading infrastructure and technology solutions provider in West Africa, serving many top-tier clients, including the Nigerian Stock Exchange. He is also a compelling storyteller and philosopher – the part of him I found most interesting. Yet he prefers to spell out his personality in fewer words. “I’m a serial entrepreneur, author, husband and father of four kids,” he said. “That’s pretty much it.”

Career-wise, Guobadia prefers to let his résumé do the talking. Instead of talking about his achievements, he loves to tell his story from a more personal perspective. He also relishes throwing in a joke or two in conversations. It seems like his way of easing into conversations. “He’s very jovial, and there’s an immediate comfort around him,” said Chukuka Chukuma, Partner at Racecourse Capital, an advisory and principal investment firm. “That’s how I felt on the first day I met him.”

But before becoming a popular figure in the policy-making scene, Guobadia has a two-decade history of grit and unusual risk-taking.

The accidental journey to Wall Street

Oswald Osaretin Guobadia was born in London, United Kingdom. But his parents brought him to Nigeria at a tender age. Then at 13, his parents moved him to the US to continue his education. He studied Biology at Wesley College, Delaware, hoping to become a medical practitioner. “Our parents are our first mentors,” he said. “Both my parents worked in the medical field. I grew up around the profession and wanted to become a doctor. Studying biology was supposed to be a means to that end.” However, that path led to a different turn.

While at Wesley College, Guobadia became a social bird, joining every organisation he could and taking leadership roles. Among them was the Kappa Alpha Psi Fraternity, where he got to organise parties for students. That was his first entrepreneurial foray. After reading the school’s by-laws, he found that it didn’t have an explicit rule about the timing of parties. So he organised parties that ended later than others. In his book, In Pursuit, he wrote about this experience, saying, “We made money because students from other schools would pay to attend our parties after theirs ended.”

Guobadia’s father was a physical therapist. After college, he wanted to do the same. But that didn’t work out as “in 1996, it was harder to get into physical therapy school than med school.” However, Guobadia’s social life paid off when one of his frat brothers, who worked at Credit Suisse First Boston (CSFB), referred him for a role at the company. “My job involved testing newly installed network cables,” he said. The job was only supposed to be a pastime before he got into therapy school. But he soon realised his heart had joined that network. “I got hijacked by something I found much more interesting than anything in science. I enjoyed the experience, and I was making good money. I never looked back on anything in the medical field after that. I was taken by Wall Street.” He started reading books, teaching himself to become a Network engineer.

Guobadia left CSFB with enough experience and social network to become a freelance consultant. He worked with other top banks like Jeffries and Barclays before joining Goldman Sachs as a full-time employee.

Oswald Guobadia’s growth at Goldman Sachs was rapid. He completed his master’s degree in telecommunications in two years instead of three. His goal was to clinch the Vice President title.

But before then, in 1999, Guobadia visited Nigeria. That trip marked the start of a life-changing series of events. “Two things hit me when I came out of the airport; the overbearing heat and intoxicating smell of opportunity. I was drowning in the feeling that I could create some form of value,” he said passionately.

While climbing his way to becoming VP at Goldman Sachs, Guobadia’s trips to Nigeria became more frequent. “I found myself coming back to Nigeria at any excuse,” he said. “I started getting connected to the high-profile circles in Nigeria. I learned what they did and related it to what I was doing in America. I realised I could do what they were doing.”

He was sure he wanted to return to Nigeria. According to him, he had achieved everything he wanted at that time. “A few days after I was announced as VP, I resigned.”

Guobadia returned to Nigeria uncertain but eager to explore the opportunities ahead of him. “I left a six-figure paying job to start a new life in Nigeria. People thought I was insane.” He wanted to start a technology company in Nigeria, but he soon realised that it wasn’t so simple. He started two businesses, neither of which saw the limelight.

Then he realised he needed to learn how businesses work in Nigeria, so he decided to work for a Nigerian firm. He got a job at the United Bank for Africa (UBA), where he served for almost two years. “It was more like a school for me,” he said.

In 2005, while working at UBA, Guobadia met Chukuka Chukuma and Ayodele Spencer. “We were helping with the merger between UBA and Standard Trust Bank,” said Chukuma. They realised that they had all made the same surreal decision to leave Wall Street for Nigeria at the peak of their careers. They also saw that they had complementary skill sets. The trio became friends and founding partners of 3finiti Technology, an IT consultancy firm.

So in 2007, Guobadia walked away from his job at UBA to focus on his business. “I think you have to be somewhat insane to do what I did,” he said. That same year, he met with Dafydd Bayley-Hay, who became his friend and business partner. A merger happened, and DBH Solutions was born.

DBH Solutions has become one of the leading IT and Infrastructure firms in West Africa. “Most people don’t know, but he [Guobadia] built the infrastructure for most of our banks,” said Kola Aina, founding partner, Ventures Platform.

However, Guobadia’s satisfaction didn’t come from the profits. “We’ve had many peaks and lows. But the peaks for me are not the days we close the biggest deals. It’s those days when I make people happy. I enjoy seeing my clients and team members happy more than making money. Seeing people grow under me makes me feel like what we’re doing matters. Even people leaving my company to further their careers make me equally happy. It excites me that my workers can apply for visas using my company name.”

That passion for growth made Guobadia begin to seek ways to support small businesses in Nigeria. So he delved into other passion projects, such as venture capitalism, which has made him sit on several company boards, providing guidance and oversight. “If I were to list things I’m passionate about, I’d say God, family, Nigeria, entrepreneurship and creative arts.”

He also founded various non-profit organisations on other things he is passionate about, such as Edo Developmental Organisation (EDO), which brings together professional Edo indigenes, and Edo Global, which focuses on supporting arts and culture. “I’m more specific with Edo State because I believe professional indigenes need to go back to their states and create an impact. The states are the building blocks of Nigeria. These initiatives (EDO and Edo Global) engage governments to impact lives.”

In August 2020, Guobadia became the Senior Special Assistant to President Muhammadu Buhari on Digital Transformation. “As a private sector person, when you get invited to come to help the government, you should embrace it as an opportunity to make an impact,” he said.

The Nigerian Startup Bill (NSB) has become one of the most widely discussed subjects in the country’s business space, and rightly so. In recent years, Nigeria’s governing bodies have enforced controversial regulations on startups. For instance, in 2021, the Central Bank of Nigeria froze the accounts of six fintech platforms for 180 days. “Nigerians are pessimistic when it concerns the government,” said Guobadia.

Before NSB, Nigeria had only one law focused on supporting small businesses; The Small and Medium Scale Development Agency of Nigeria (SMEDAN) Act, 2003. Its mandate is to foster the development of MSMEs in the country. However, its efficacy is somewhat unclear as several Nigerian businesses operate outside the law’s gaze. Meanwhile, Nigeria is one of Africa’s largest growth markets for technology. “In my case, I was curious about what was happening in government that made it difficult for entrepreneurs like me to do business. I’m passionate about entrepreneurship and want to see people grow. So this is a chance for me to help in something I’m passionate about. There’s no sector that won’t be tech-enabled in the future. So if we make growth easy for tech today, we’re making it easy for every other business sector.” On the 15th of June, the NSB reached a new milestone when the National Assembly held a public hearing on it. Reports mention how the NSB received “overwhelming support” at that hearing.

An old flame and a new passion

Guobadia spent the next fifteen minutes giving business lessons and another ten minutes explaining how the Nigeria Startup Bill is a game-changer. This was not his intent. He was simply talking about his experiences which evolved into a mini-lecture. But that’s not a surprise. “People say I’m not good at talking about myself,” he said. “I’m not sure if that’s a good thing.” But he seems to have an experience for every lesson he gives. But it also showed a little about why his close colleagues call him Mr Straight Lines. He wanted to make everything he said as straightforward as he could. “It’s about simplicity and doing things right. You should never walk in a room without making an impact and straightening out the rough edges.” 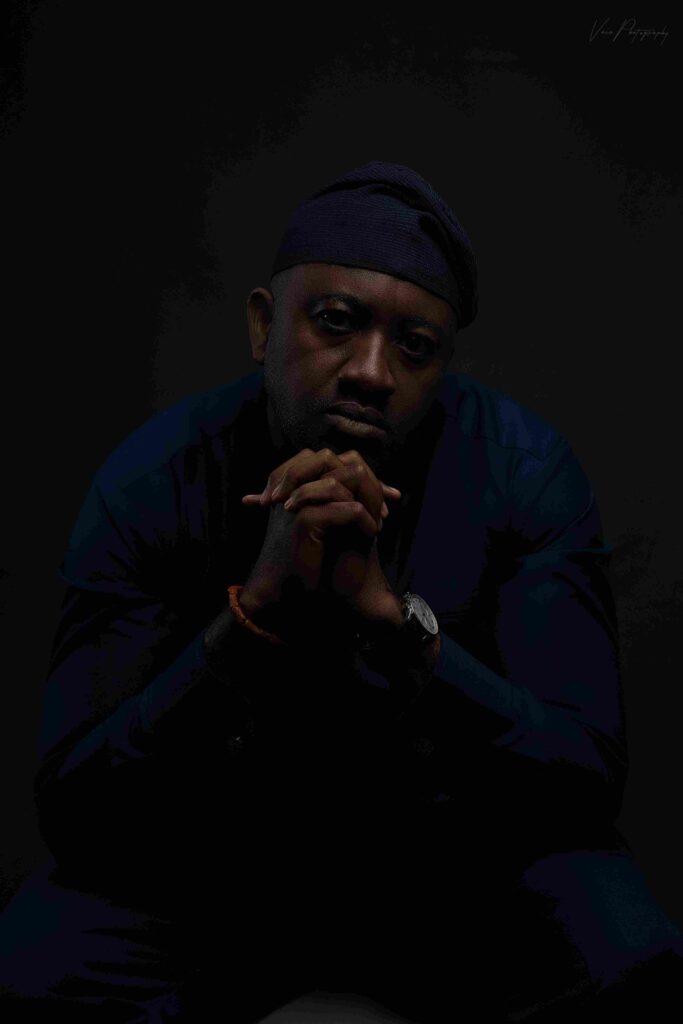 “His evolution from corporate to entrepreneur and policymaker has been very impressive with lots of lessons,” said Kola Aina. “He’s a pure asset. He always has some wisdom to share.”

At the end of that mini-lecture (which I absolutely enjoyed, by the way), I asked what his biggest challenge was. He leaned back on his chair, stared into space and said, “Running a business in Nigeria is the biggest challenge in my career. Only crazy ambition makes you do business here when you have alternatives.”

You can almost hear Guobadia’s love for Nigeria in his tone. The same desire that made him leave everything for Nigeria over 16 years ago is still in him. Only that this time, he’s not hunting for new ways to make money but to impact lives. “Life is fleeting, and you should spend it on the important things. Right now, the most important thing for me is doing good.”