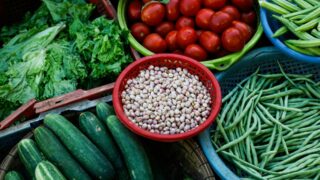 How Nigeria can prevent its annual N3.5 trillion post-harvest losses

Nigeria has good agricultural potential, but it isn’t living up to it. The country is blessed with human capital and arable land, of which only 41 per cent is cultivated. From one end, the country’s agricultural prowess and feats are laudable. Nigeria is a top global exporter of palm oil, sorghum, sesame, cocoa beans, oil, fruits, nuts, and seeds.

Conversely, food insecurity remains an issue in the country. A United Nations Food and Agriculture Organisation (FAO) report estimated that about 19.4 million people faced food insecurity across Nigeria between June and now. It is also ironic how the country imports agricultural products it can produce. For example, Nigeria grows cotton and cocoa but imports textiles and chocolates from other countries.

The country is also the 13th largest tomato producer globally but accounts for a large proportion of tomato paste importation. A Dataphyte report revealed Nigeria spent a total of N6.47 trillion on agro imports such as wheat, sugar, fish, and milk between 2016 and 2021.

Speaking on behalf of the FG, Mustapha Shehuri, Minister of State for Agriculture and Rural Development said, “Post-harvest loss is a worrisome situation that threatens Nigeria’s Food Security. In fruits and vegetables, it could be as high as 50 – 60 per cent if poorly managed, unfortunately not much attention is paid to address this problem as it is done for production,”

This is too much loss for a country where agriculture is a core contributor to its GDP and has a projected population of 400 million. In that light, there is an urgent need to prevent people from going hungry, support farmers from losing monetary gains, and reduce our dependence on foreign products.

These can only be achieved through a couple of actions, the first being to make provisions for good storage facilities. While agricultural products are perishable, their production is usually seasonal, mainly because farmers in this part of the world rely on rain-fed agriculture. But, regardless of the perishable or seasonal nature of produce, the demand for food is not seasonal. In Nigeria, about 47 per cent of farmers have zero access to any storage facilities to shield them from post-harvest loss. The number could rise up to as high as 60 per cent for tubers, fruits and vegetables. The provision and revitalization of efficient storage facilities, whether on an industrial or small-scale, is essential in mitigating post-harvest loss.

For example, in 2013, the federal government launched the perishable agro-cargo airport project. Designated to be close to communities considered food baskets of Nigeria, the project was to be accompanied by perishable cargo storage and export facilities to enhance their operations. Sadly, this project that would have contributed immensely to post-harvest loss reduction never came to fruition.

While it is essential for the government to be at the vanguard of the provision of storage infrastructure, private players also have a significant role in making access to storage infrastructure boundless and seamless. Already, we have private players like ColdHubs. This solar-powered walk-in cold room facility helps smallholder farmers in farm clusters and outdoor markets to store and preserve fresh produce seven days a week, extending their shelf life from two days to more than 21 days. More players like this with impactful solutions are needed in the struggle to mitigate post-harvest losses.

However, as much as storage facilities can elongate the senescence of agricultural produce, it can not be forever, especially for some perishable produce. But, rather than allow them go to waste, they can be re-purposed.

This is why the government should massively invest in agro-allied industries of global standard. These industries, for example, can re-purpose mangoes into fruit juice and tomatoes into tomato paste. Also, friendly policies should be made to create a thriving environment for existing ones and make the ecosystem attractive to new players and investments. It is equally crucial for the government to help these industries capture the large indigenous market by implementing import regulating policies to boost local patronage.

Also of importance is the availability of a marketplace. Over time, the divide between farmers and off-takers has always been a problem. Since there are no ready customers during harvest, agricultural produce will likely go to waste. Therefore, engagement with farmers on how to create marketing cooperatives to market their produce at reasonable prices and also link them up with anchor buyers is crucial. If developed, agro-allied industries would also serve as a massive offtake for farmers who finds it difficult to sell their produce. In the private world, many agritech startups like Releaf, AgroEknor etcetera already have a marketplace that links farmers to themselves – the off-takers.

Conclusively, the rough road network to rural settlements where most farms are situated is a problem. Not only can they be time-consuming, but bumpy roads can have destructive effects on farm produce, especially those with a tender frame. Hence, there is a need to fix access roads and provide adequate transportation that is cheap, effective and efficient. Where possible, alternative transportation modes like railways and aeroplanes that would reduce time spent on the road can be adopted.

Mitigating post-harvest loss is crucial for the country. Not only in ensuring food security and preventing its citizens from starving but for economic gains, which we have for long deprived ourselves.