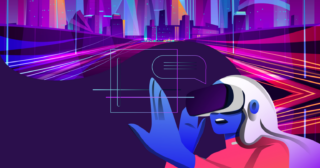 How MTN’s land acquisition in the metaverse will impact Africa

The metaverse has generated quite the buzz, especially after Facebook rebranded to Meta. Facebook is not the only company developing the next phase of the internet. Other tech giants such as Microsoft, Samsung, Amazon, Tencent, among others, have been developing software and hardware to aid in the rebirth of mobile internet. With so much awareness already, the race to the metaverse is becoming more competitive. We once asked if Nigeria and Africa will be ready for the next wave of internet revolution? We are beginning to get answers.

Two weeks ago, Africa’s largest telecom company, MTN bought 144 plots of digital land sized 12x12m in Africarare, the first African metaverse, launched in South Africa last year. This purchase makes the telecommunication giant the first African company in the metaverse. This investment demonstrates “MTN’s commitment to supporting African innovation as it is the first company on the continent to support an initiative of this kind. Through its presence in the metaverse, MTN intends to increase its customer attractiveness through a series of experiences merged with consumer passion points, like gaming and music,” the press statement read.

The digital land acquisition reinforces the company’s decision to reposition itself as a technology company, rather than a telecommunications company – a declaration it made early last month. The company’s recent win of the 5G deployment bid and its payment of the $273.6m license fee required by the Nigerian Communications Commission (NCC) shows it is in a race to champion technological transformation in the country and the continent. It wants to be everywhere you go.

This purchase of virtual lands by Africa’s most prominent telecom company would positively impact the continent. First, it would propel many companies to go into the metaverse. Outside of Africa, companies such as Samsung, Adidas, and PricewaterhouseCoopers have purchased digital land in the metaverse. Decentraland, from which some of these companies purchased their virtual lands, has seen more than $50 million in total sales of land, avatars, usernames, and virtual outfits. Currently, M&C Saatchi Abel, a South African advertising agency, also has a plot of land in the newly created Ubuntuland by Africarare.

Given that there is now a frontline, more African companies will begin virtual land acquisitions soon. “It is an exciting moment for us as we lead businesses on the continent to enter the metaverse marketplace. This is exactly what our Ambition 2025 strategy is premised on – leveraging trends that amplify consumers’ digital experiences and engagement,” Bernice Samuels, MTN’s Group Executive for Marketing, said.

The African creator’s economy would also benefit from this new development. African artists are already putting Africa’s story on the metaverse. For a long time, MTN has been an avid promoter of African entertainment. From MTN project fame to MTN YelloStar, and its collaboration with UDUX – one of their latest efforts to merge entertainment and technology to promote Afrobeats globally. The collaboration with UDUX enabled over 238,000 Nigerians to experience Wizkid’s “Made in Lagos” concert in London’s 02 Arena right from their bedroom. Customers can participate in such events through virtual reality, as promised by the metaverse. It will also serve as a viable source of income for the artists.

Top foreign celebrities such as Ariana Grande and Travis Scott have held concerts inside Fortnite. Nigerian music producers and artists have also come aboard the trend, though none have yet to perform in the metaverse. Nigerian music grandmaster, Don Jazzy, own lands in Decentraland. Daniel Benson, popularly known as Buju, has an NFT project called HeadsByBuju – a collection of 10,001 unique NFTs of his face. Holders of these NFTs would get perks like access to physical and virtual concerts hosted by Buju, merch items, and a part of the revenue earned by the musician from specific music projects.

Landholders in the metaverse can customize their spaces to serve the metaverse community for work, play, and wellness purposes. Meeting rooms, galleries, online therapy rooms, concert stages, and film festival spaces can be built on these lands in the metaverse. Imagine owning a Buju head, and being in a music theatre built on one of MTN’s 144 plots of virtual land, enjoying a virtual reality experience of the artiste performing his hit song Italy, without leaving your room in Nigeria.

Construction of structures in the metaverse that represent our regular brick and mortar buildings, in reality, will give room for the employment of a significant number of people. These structures will be made of polygons or voxels (three-dimensional pixels), and specific skills are needed to build with these materials. So rather than have structural engineers for construction, developers and digital designers are the builders of the digital world where we will live more of our daily lives in the future.

Finally, the currency in Ubuntuland will be the $UBUNTU token – built on the Ethereum blockchain. Everything in Africarare can be bought, sold, or traded using $UBUNTU tokens. This includes buying, developing, selling, or renting plots or villages in Ubuntulands. This would likely heighten the adoption of cryptocurrency on the continent. Although cryptocurrencies are frowned upon by the governments of some of Africa’s top markets, Africa has the fastest cryptocurrency adoption rate in the world, driven by peer-to-peer (P2P) transactions.

Although the metaverse is still at its nascent stage, there are a lot of speculations about its actualization. The valuations attached to the metaverse are not small. According to Bloomberg Intelligence, it should be worth $800 billion by 2024. Metaverse enthusiasts have compared the struggle to buy virtual land to the scramble for domain names in the early days of the internet. It is the same way with the metaverse today, so it makes sense that people want to be early participants.