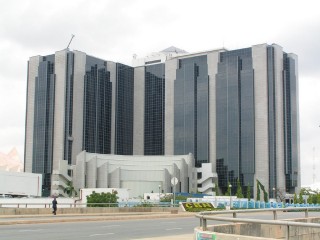 How long must Nigerians live with currency controls?

Since Nigeria’s Central Bank (CBN) Governor, Godwin Emefiele assumed office on 26th March 2014 amidst a climate of falling oil prices, several policies have been put in place to maintain the value of the naira against the US dollar. These measures include a tightening of the monetary policy and exchange rate controls, imposing a ban using foreign exchange for 41 different imports and limiting daily withdrawals by Nigerians with domiciliary foreign exchange accounts. Emefile’s policies to sustain the naira resemble Malaysia’s response to the Asian currency crisis in 1997. During the crisis, Malaysia’s then Prime Minister, Mahathir Mohammad, imposed strict capital controls in order to prop up the country’s currency. In 1998 the IMF referred to Malaysia’s response as a set back, but later, in 2002 they acknowledged the decision as a “stability anchor.” Nigeria’s Central Bank Governor has imposed strict capital controls to strengthen the naira and curb speculation against the currency.

Through a series of memos released to local Nigerian Banks, the CBN has limited dollar denominated transactions using ATMs cards to $50,000 per annum, down from the original $150,000 before the imposition of currency controls.  Naira denominated corporate cards can no longer be used for cross-border payments. Nigerian businesses must now obtain separate credit or debit cards for domestic and international use.  Banks were also asked to limit daily foreign ATM cash withdrawals to $300.

The CBN also banned the use of foreign exchange the importation of 41  goods and services. According to the CBN, this will encourage local production of these items which include rice, cement, meat and processed meat product, poultry products, steel sheets, kitchen utensils, clothes and soap amongst others. The ban also means that importers of these items will have to access foreign exchange on Nigeria’s currency black markets.

During the 2015 Hajj operations, the Central Bank gave directives that every Pilgrim travelling was entitled to purchase a minimum of US$ 750 and a maximum of US$1000 for their Pilgrims Travelling Allowance (PTA) at concessionary exchange rate of N160 to the US dollar.

Yesterday Nigeria’s Vanguard newspaper reported that Nigerian banks are now trying to figure out what to do with an estimated $5 billion in foreign exchange that is currently idle in their vaults as a result the CBN controls. Bankers have complained about a lack of clarity on whether they are allowed to lend the money to other banks or sell it to the Central Bank.

With the rise in interest rates and increased bureaucracy caused by new currency restrictions, the cost of doing business has increased. Rising inflation in addition to recent naira devaluations have translated into an increase in the prices of many common market goods.

Nigerian business people have criticised the new CBN policies. Solomon Agba, a trader who wants to import compact disks from China, said that the current restrictions by the Central Bank have made it difficult for him to start his business. Additionally there have been reports of some Nigerians in the diaspora taking advantage of the currency restrictions by making people pay double the exchange rate into their accounts in Nigeria before giving them the dollar equivalent on arrival. One bank customer who wished to remain anonymous said he was unable to pay for his cousin’s international university tuition because of the new Central Bank rules.

There seems to be a growing consensus amongst bankers that despite the currency controls, in an environment of low oil prices, the CBN will eventually have to devalue the naira. In the meantime, many entrepreneurs have put business on hold until there is more clarity on the naira’s direction. Most are asking the question “how long are these restrictions going to last?”