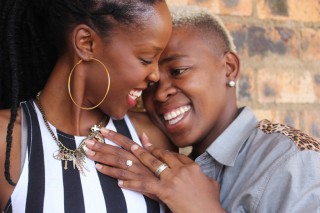 How Ian Kirby became a ‘hero’ for Botswana’s LGBTQ members

The LGBTQ (Lesbian, Gay, Bisexual, Transsexual, Queer) community members in Botswana have a new hero (sort of), in the person of Appellate Court Judge Ian Kirby. This is because he recently upheld an earlier judgement banning gay rights groups from lobbying for freedom of association and equality in the country. “It is clear that the government’s decision (to seek the ban) interferes in the most fundamental way with the respondents’ right to form an association to protect and promote their interest,” Kirby said.

This particular Judge made a decision that posterity will thank him for, at least to those who considered gay rights a matter of life and death. In 2014, a high court ruled that LGBTQ groups could register their associations, a major victory for them considering the fact that the government had declared war on gay rights, placing a ban earlier on the association of groups who made it their life’s work to fight the powers that be in order to ensure freedom for those who are gay (after all, gay people are born not made).

Whether Ian Khama believes that last statement or not, it is apparent that in Africa, gay rights are still not accepted in a lot of countries, not just to the government but even to the citizens who, in one way or another, stigmatise those considered gay, whether they have ‘come out of the closet’ or not. Charles was one of those before he died of an unknown sickness in 2014, in his home country Nigeria, he was always the butt of many jokes because he walked funny and preferred to hang out with the ladies attending fashion events as opposed to watching soccer games with the dudes. His friends branded him ‘gay’ causing him one too many physical and emotional harm in the hands of those who didn’t know any better.

It is certainly no crime for certain governments in Africa to place a ban on gay marriages and relationships in their various countries. However, what could be considered a step gone too far, is stopping them from engaging in lobbying activities, fighting for what they believe is a just cause. All over the world, lobbying is often conducted for one cause or the other, as long as they are not violent in the way they choose to carry out their activities, how do they pose a threat to people around them? And if they turn violent, well, that’s what officials of the armed forces are for, no?

The constitution of Botswana clearly recommends freedom of association for groups within the country, if the government has a problem with a certain group, does that make the constitution obsolete? I think not. But that is what makes Judge Ian Kirby a hero, because he looked beyond his personal opinion about gay rights and defended the constitution instead. How many members of the Judiciary around the world can boast of same attitude? What matters in this case, however, is with the judgment, gay rights groups have been given a platform to freely promote their ideas, even if those ideals are never accepted in Botswana. Citizens of the country, should be proud of people like Ian Kirby who push against subtle forms of suffocating democracy.