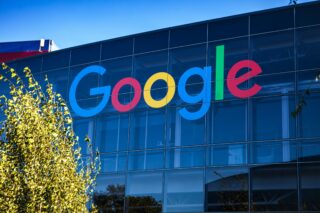 In yet another move to fulfil its $1bn investment and expedite the growth of the digital economy on the African continent, Google has announced its intent to establish a new Google Cloud region in South Africa. This adds South Africa to Google’s global network of 35 cloud regions and 106 zones.

With the Google Cloud, users can access several services, including cloud storage, computing engines, and pivotal management systems. Also, users across the continent can improve access and user experience for their customers.

Speaking about the development, Niral Patel, Director of Google Cloud Africa, noted that the project is part of the company’s technology solutions to support Africa’s digital transformation goals and create more business opportunities in the region.

Research by AlphaBeta Economics revealed that it could contribute more than a cumulative USD 2.1 billion to the country’s GDP and create employment opportunities of not less than 40,000 jobs by 2030. These jobs are crucial, especially for a country with an unemployment rate projected to be 40% by 2030.

Along with the cloud region, the multinational technology behemoth said it is expanding its network through the Equiano subsea cable and building dedicated cloud interconnect sites in Johannesburg, Cape Town, Lagos and Nairobi. The accompanying benefits of Equiano, which include faster internet speed and reduced internet cost, have the potential to drive internet penetration in South Africa.

Notably, Google has also upgraded street view in South Africa, Senegal, Kenya and Nigeria with close to three hundred thousand kilometres of new footage. This is expected to help users virtually explore and navigate neighbourhoods on Google Maps. The Street View feature is now available in 11 African countries, including Rwanda.