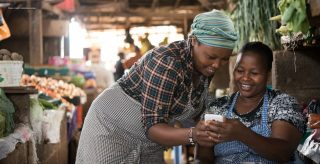 New year’s resolution is a common practice among people and organisations globally. It’s a tradition that helps people set goals they hope to achieve by the end of the year or in the coming years, starting from now. That is, it helps people to structure their long-term and short-term goals. But to successfully achieve such plans, people are advised to set SMART goals and adopt a good strategy. Thus, Access Bank, Nigeria’s leading commercial bank, has set out for a global expansion between now and the next five years.

In its recently released 5-year strategy document, Access Bank announced a plan to expand into 26 countries, up from its current 17 markets, by 2027. “By the end of 2027, we expect to be in at least 26 countries and in at least 3 Organization for Economic Co-operation and Development (OECD) countries supporting trade (United Kingdom, France & United States of America),” the bank projects.

Within two decades, the bank emerged as a leading tier-one financial institution in Nigeria, in line with its disciplined execution of rolling 5-year corporate plans. In the last five years, the bank displayed strong prowess in mergers and acquisitions across the continent.

It already has a network of more than 700 branches and service outlets, spanning three continents, 17 markets and 52 million customers. However, its primary focus on trade in the next five years is to leverage its established presence across trade and financial hubs globally. That would enable it to continue driving trade outputs while building an extensive global footprint.

Global expansion and how could customers benefit from it

Global expansion is a growth strategy that involves taking business operations, products, and services from a home market into target markets overseas. That is, a business grows its operations outside of its ‘base country’ of operations. The idea is to make a global presence and serve multiple regions in a globally competitive environment.

There are multiple benefits a business would gain when it successfully expands into newer markets. Some advantages include acquisition, cost reduction, business resilience, growth opportunities, and tax and compliance benefits. Thus, in its strategic global expansion plan, Access Bank plans to drive its customer acquisition to hit 100 million from its current 58 million+ retail customers by 2027. It wants to leverage technology to achieve this. But what do customers stand to gain?

When a bank expands into newer markets, it increases customers’ access to the markets where it has footprints. This would increase their chance to trade in multiple markets easily. For instance, Access Bank customers globally can easily do business in Kenya without much hassle because the bank is in Nairobi. With an existing dollar account, customers could withdraw easily from Access Bank Kenya and convert it to the local currency before carrying out trade.

When a bank expands out of its home country into markets where its immigrant citizens dwell, it could boost their confidence to bank with it for remittance purposes. For instance, before the fintech boom, many African immigrants in the diaspora found it difficult to send money home. But with expansions such as this, immigrants can easily send money home to family members with Access Bank accounts. It would also create more avenues for the diaspora community to do business back home with local vendors or even trade in their country’s stock market.

As Access Bank spreads its tentacles across continents, its growth prospects could increase. In the process of time, the bank would begin to trade in the stock exchange of those markets. That could make it easier for its global customers to buy shares in those markets when it puts out an IPO, thereby increasing their wealth and stake in the bank.