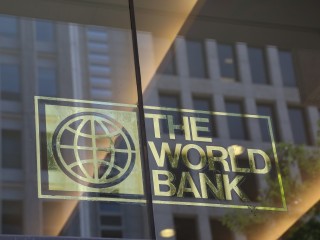 The 2016 Ease of Doing Business Report was recently released by the World Bank, the report is backed information from data findings as recent as June 2015. The report titled, “Measuring Regulatory Quality and Efficiency”, is the 13th in a series of annual reports investigating the regulations that enhance business activity and those that constrain it.

The report mirrors the business economic conditions of 189 countries across all continents with focus on 11 regulatory areas affecting businesses. While focusing on regulations and regulatory processes involved in setting up and operating a business, the report also analyses regulations that address asymmetries in information (such as credit market regulations), those that balance asymmetries in bargaining power (such as labor market regulations), and those that enable the provision of public goods or services (such as business or property registration). Below is a look at how Africa’s largest economies fared in the Doing Business 2016 report:

South Africa was placed at 73 on the ranking, with a DTF score of 64.89. However the country had no arrow indicator, which according to the report, indicates either no improvement or deterioration in the scores from 2015 to 2016. In the 2015 report, South Africa occupied the 43rd position with a DTF score of 71.08. In the November 2015 FocusEconomics report, South Africa is projected by its Central Bank to expand by 1.5 percent in 2015, and 1.6 percent in 2016. Meanwhile, Focus Economics panelists project the economy to grow by 1.5 percent in 2015, and by 1.8 percent in 2016. Despite these projections, the overall outlook from the report shows that following a drop in mining due to power cuts and low agricultural output due to drought conditions, the country has experienced economic down slide. In September 2015, South Africa’s rand traded at its weakest level on record against the U.S. dollar as the decline in commodity prices coupled with renewed concerns over China’s economic slowdown, which put pressure on the currency.

At 169, Nigeria shows an improvement from the 2015 report, with a DTF score of 44.69. In the 2015 Doing Business report, the country was placed at 170 on the ranking with a DTF score of 47.33. In a similar projection, the November 2015 FocusEconomics report shows that Nigeria has experienced economic setbacks, which could be blamed on the spike in borrowing costs in late September 2015, after JP Morgan removed half of Nigeria’s bonds from its Government Bond Index for Emerging Markets, due to restrictions in the foreign exchange market, and a shortage of hard currency. Panelists at FocusEconomics project that Nigeria’s Gross Domestic product (GDP) will accelerate and expand by 4.4 percent. They also expect inflation to average 9.3 percent in 2015 and 9.5 percent for 2016.

Placed at 108, Kenya shows a DTF score of 58.24, in 2015, the country ranked 136 and had a DTF score of 54.98. The World Bank projects an improvement for the country’s business regulatory areas. In the same vein, panelists at FocusEconomics say that Kenya’s economy picked up pace in the second quarter of 2015, supported by solid expansions in several sectors like agriculture, financial services and construction. But the tourism sector is said to be in recovery, following security concerns in the country. They however project Gross Domestic Product (GDP) growth of 6.0 percent for 2015, and 6.3 percent for 2016. The Kenyan economy is expected to accelerate despite tighter monetary policy and a weak currency, as growth will be underpinned by expansionary fiscal policy.

Placed at 131, Egypt has a DTF score of 54.43 and is projected by the World Bank to be on a path to improvement on regulatory areas of doing business. In the 2015 report, the country was placed at 112 with a DTF score of 59.54. In the 2015 African Economic Outlook report on Egypt, the country is projected to experience Gross Domestic Product (GDP) growth by 3.8 percent in Fiscal Year 2014/15, and 4.3 percent in 2016. The report indicated an improved economic future for the country in coming years, despite energy shortages.