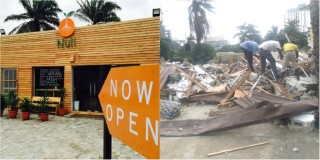 How one Ikoyi demolition illustrates the vulnerability of SMEs in Lagos

Most residents of Lagos have either heard or seen a live demolition in action. Whether it is ongoing construction throughout the state, paving new roads, or tractors knocking down shops or a market, Lagos is always changing. But not always for the better.

I have seen stories and watched pictures of demolitions since I could read, but I had never being to a demolished site in person. Yesterday, I saw several new business owners witness the destruction of their hard work.

Since the current Governor, Akinwumi Ambode assumed office May 2015, the new governor has preached Itesiwaju Eko, which literally translates to “the moving forward of Lagos.” However, this forward movement, is inextricably linked to the tearing down of the old – and sometimes new. Since May 2015, Ambode has overseen the closure of the Falomo Market and Oshodi Market – most of these businesses are small and medium enterprises (SMEs), which are critical to development within Lagos and Nigeria-at-large.

In Nigeria, SMEs are one of the major contributors of the economy as they account for about 64 percent of employment and 90 percent of the industrial sector in terms of the number of firms or enterprises.

At about 9:00 am on Thursday morning, occupants of No 7 to 12 Rumens Road, Ikoyi, Lagos state, were in total shock as they watched their shops being demolished to rubbles. According to the occupants, officials of the Lagos state government only told them that morning that the building was an illegal structure. The local government officers also said that the landlord was informed of the governments demolition plan. Still, the tenants say they received no notice. 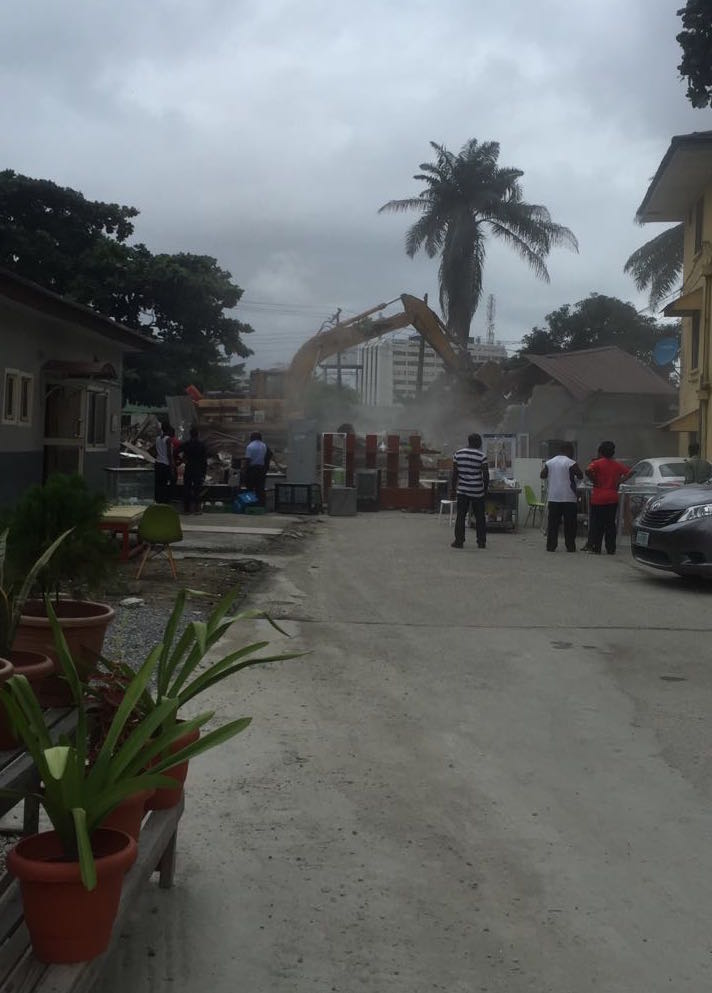 The shops demolished include Nuli Juice Company, The Drug Store, and Nuts About Cakes Bakery – all recently established businesses. These business owners paid rent and all required government levies to their landlord not knowing that their shops were already marked for ruin.

LAGOS NIGERIANS..THIS IS OUR COUBTRY. WOKE UP TO THIA. LOCAL GOVERNMENT OFFICIALS AND POLICE HERE TO DEMOLISH ALL THE SHOPS ON THIS STREET. THEY SAY THEY TOLD THE LANDLORD BUT GE DID NOT INFORM SHOP OWNERS. SO THEY ARE ABOUT TO BREAK DOWN NULI LOUNGE. WE HAVE LOST HOPE IN NIGERIA. IT IS FINISHED!!

Ada Osakwe, owner of Nuli Juice, which opened just six weeks ago in Lagos, said she paid the necessary local government fees, yet no government official informed her that the building was under scrutiny.”There was also no decency by the government to inform us about the issue at hand before demolition,” she told me. 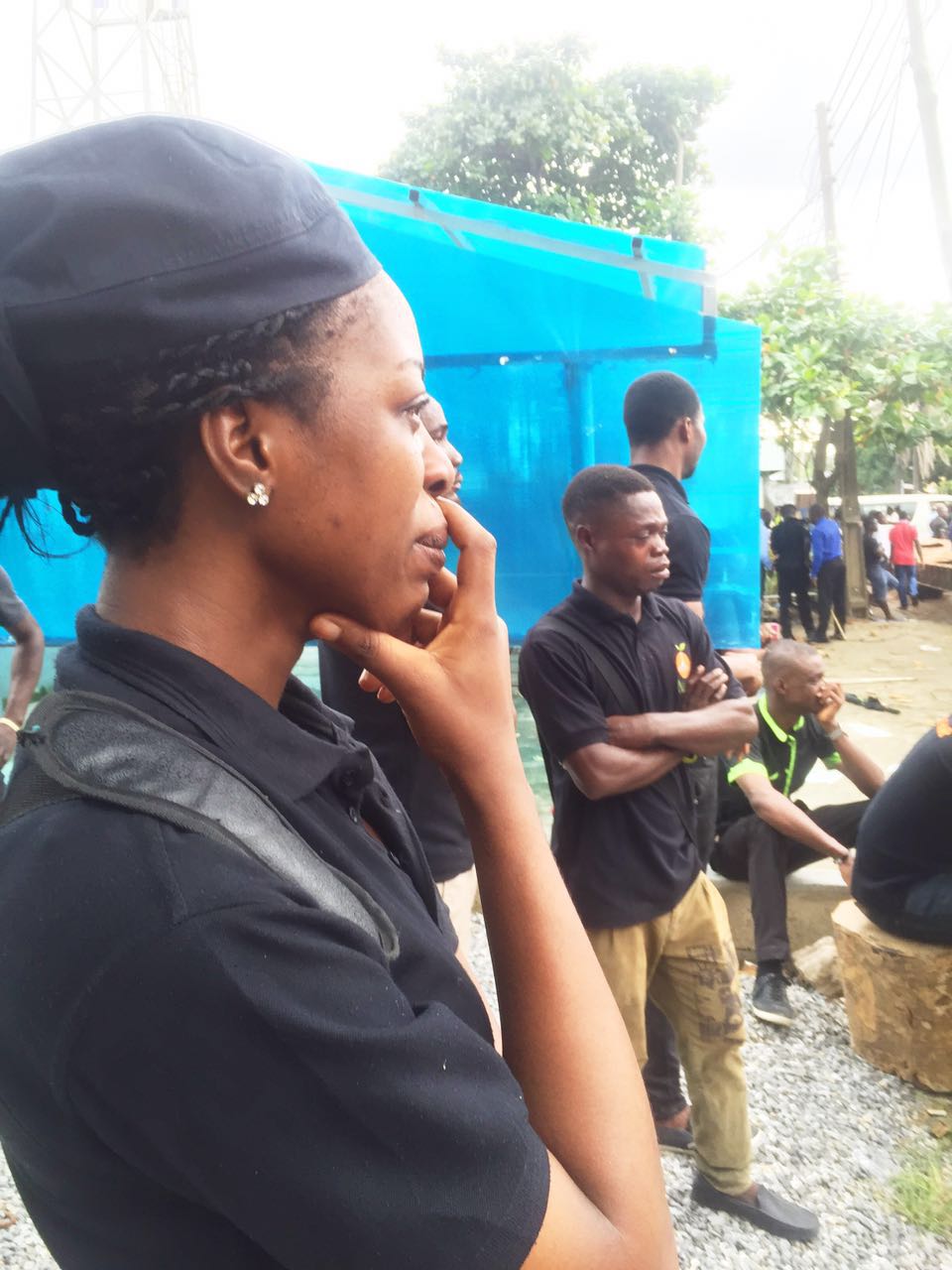 An SME, which currently employs nine people in Lagos (Nuli Jucie also has another location in Abuja), Nuli Juice’s lack of notice speaks volumes to the vulnerability of SMEs in Lagos and Nigeria. “The government is preaching unemployment and yet they are destroying the resource that would help provide much needed jobs,” lamented Ada while her employees were rushing to grab supplies from the store. When big multinationals like MTN are fined or operate outside of parameters set by the government, they have the resources to organize a multinational legal team and prevent potential setbacks in ways that SMEs simply cannot.

Chinelo, a pharmacist and the owner of Drug Store limited, which only opened a week ago was in tears. “I have been putting up the shop since January because I couldn’t get loans from banks and the government comes to demolish the store in less than 24 hours of putting up the pharmacy sign,” she cried. 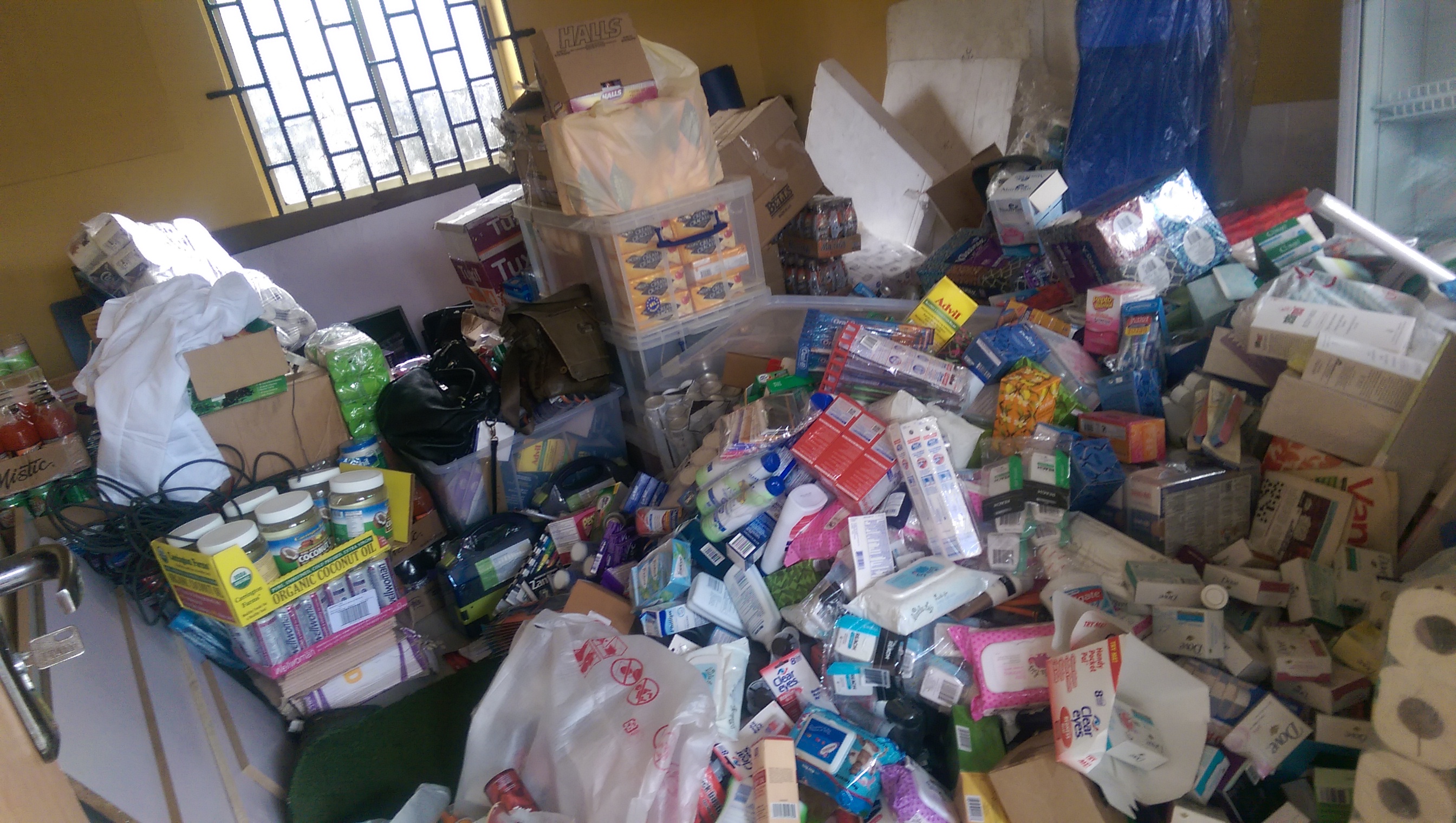 According to the Lagos State Urban and Regional Planning and Development Law 2010, requisite notices should be served on illegal structures and the occupants alike. Notices must include a 2-day Contravention Notice, 7 days Demolition Notice, and upon approval to demolish – demolition and removal process within 2 days. This was not the case with the tenants of the demolished shops at Rumens, Ikoyi as the government failed to issue them appropriate notice.

However, according to one of the sales persons who worked in one of the demolished shops, the government personnel who was on site yesterday morning said they gave final notice about the demolition in March. An occupant also said that they had seen the notice when they came to paint the shop. But the landlord, Felix Ezeama, who at the time of reporting the story wasn’t in Nigeria, told them they had nothing to worry about and ensured that they could go ahead with painting. Another witness said the landlord told him that he was given a verbal, not a written notice. This suggests that the landlord was aware of the issue but decided to ignore it. 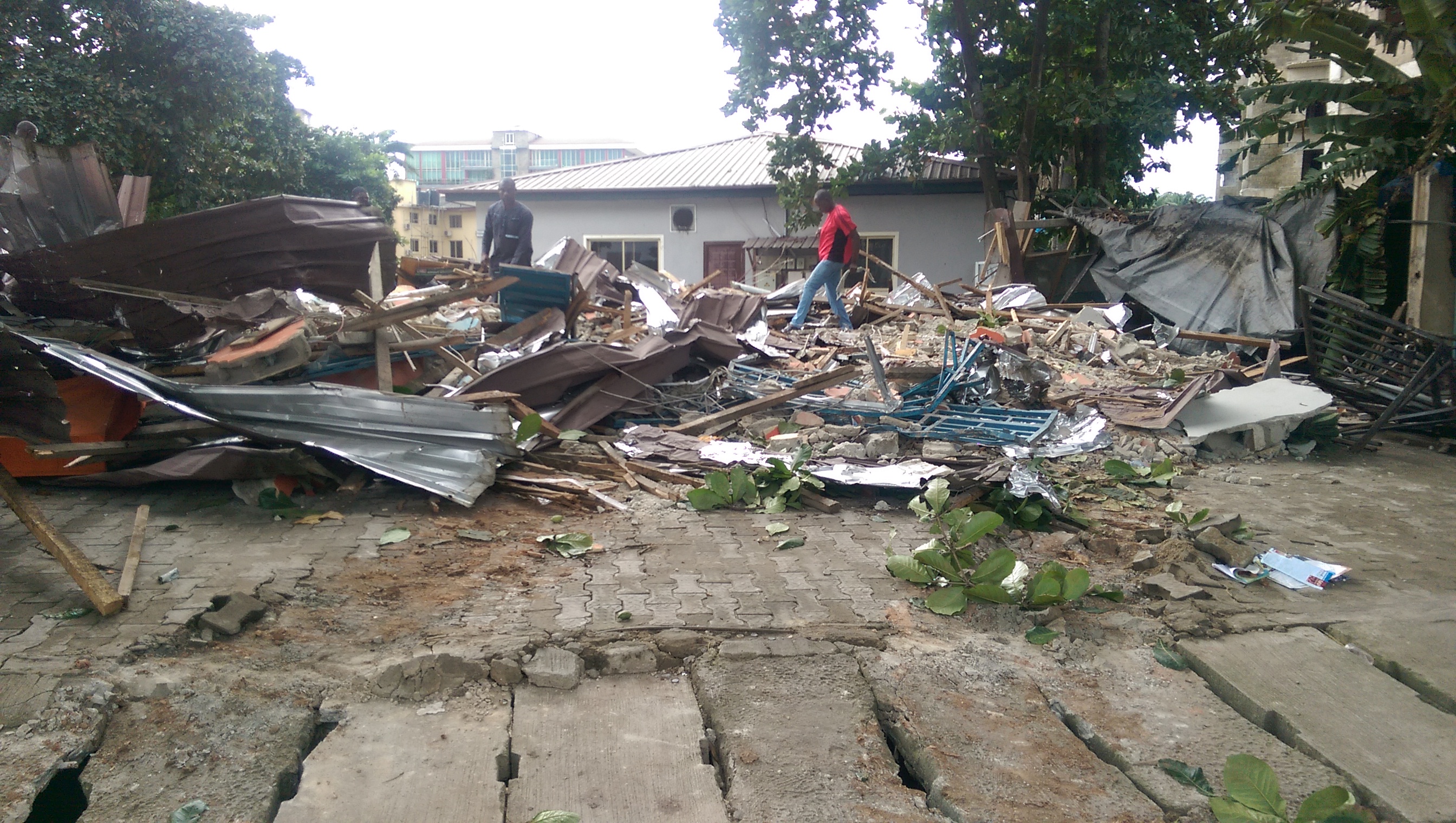 “The government owns the land. Since the landlord was given a prior notice by the government the affected people should sue him. He should be sued for breach of contract and allege extortion,” said a legal practitioner with over five years experience who chose to remain anonymous.

While the landlords alleged negligence is clear, it should not obscure that development within Lagos continues to put SMEs at risk. But who is holding the government accountable? The money and efforts of hardworking Nigerians are in rubble, and dreams have been crushed. “The landlord hasn’t suffered. We are the ones to suffer,” Chinelo said.

More pictures from the scene: 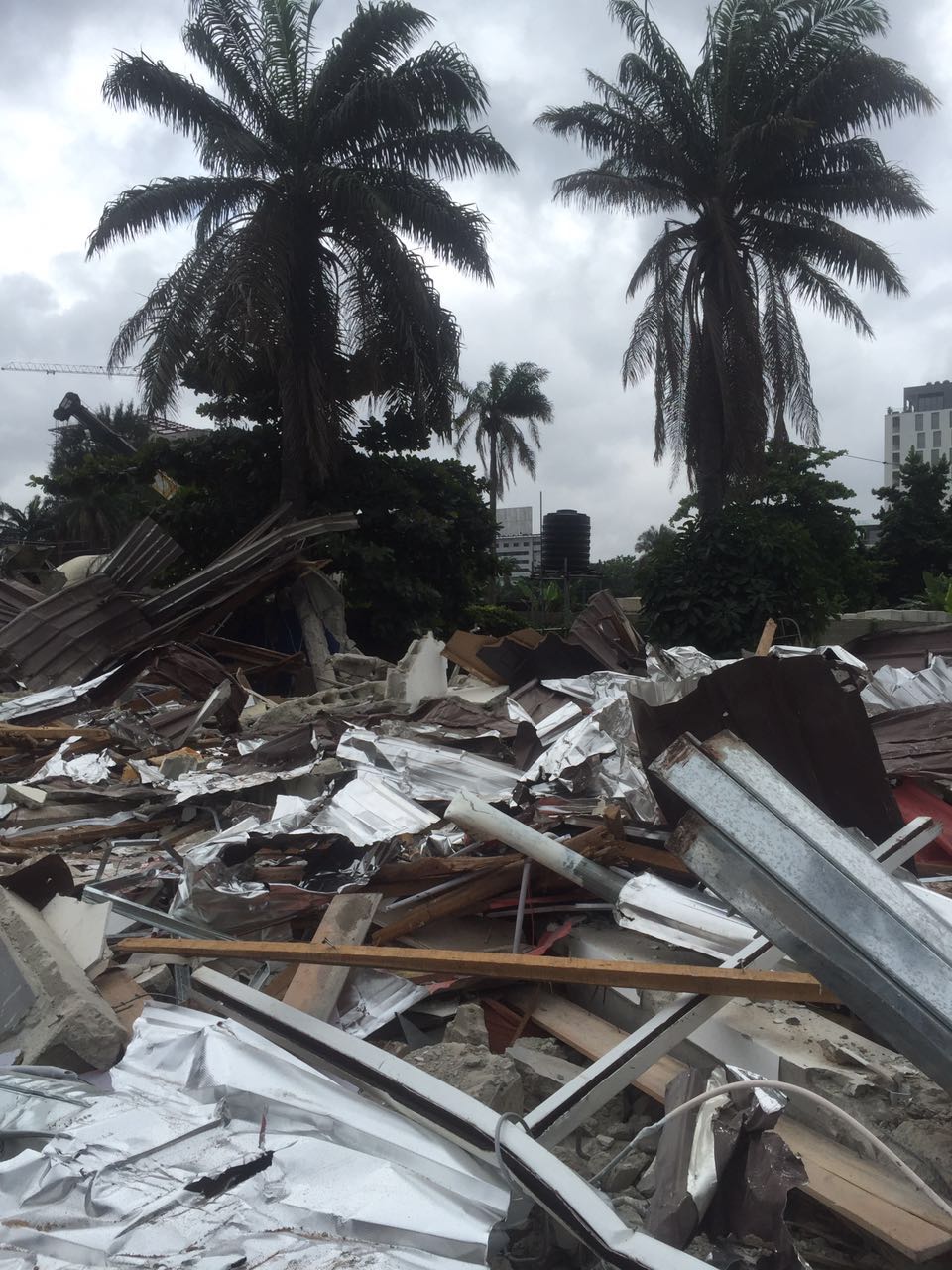 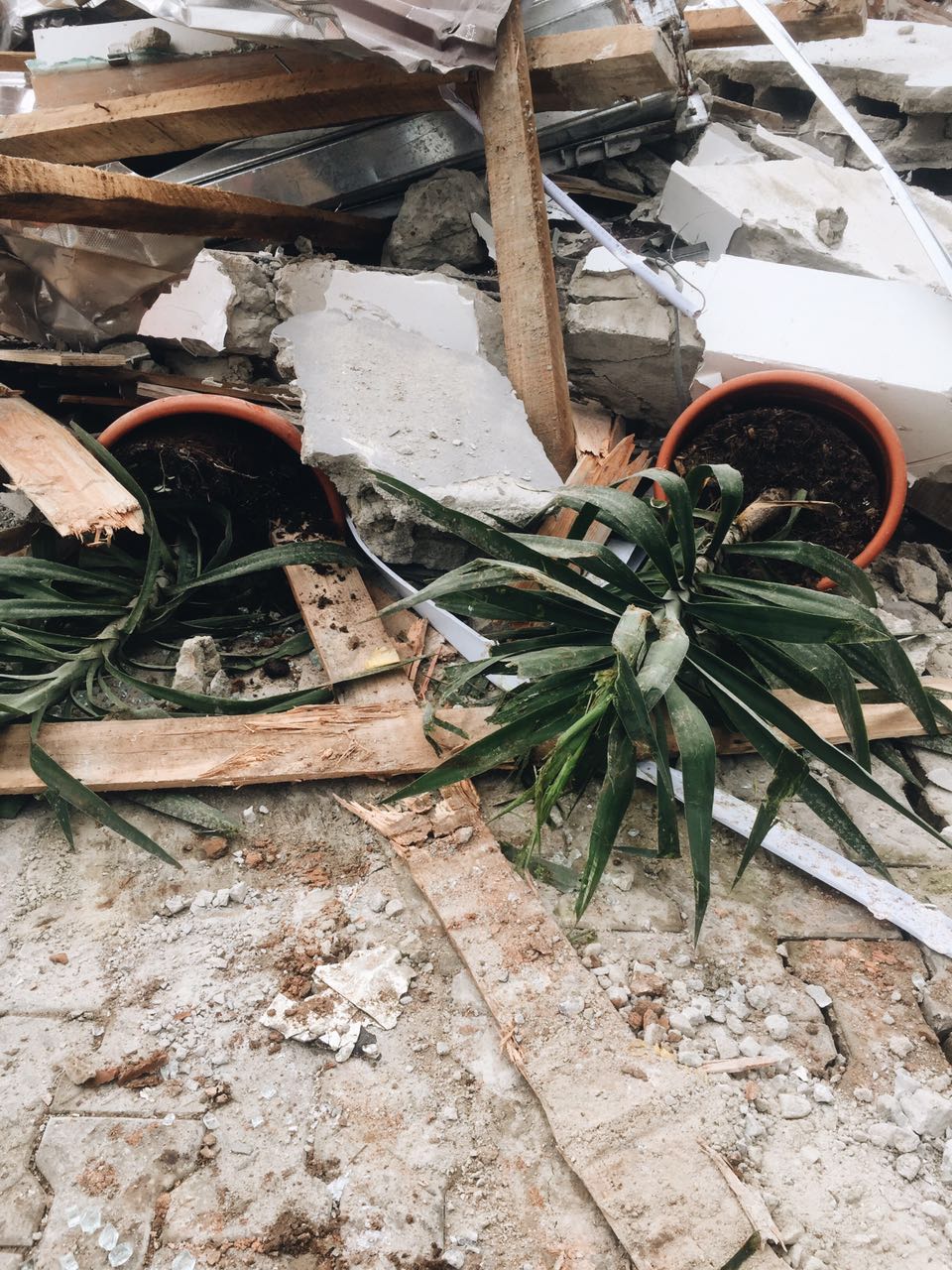 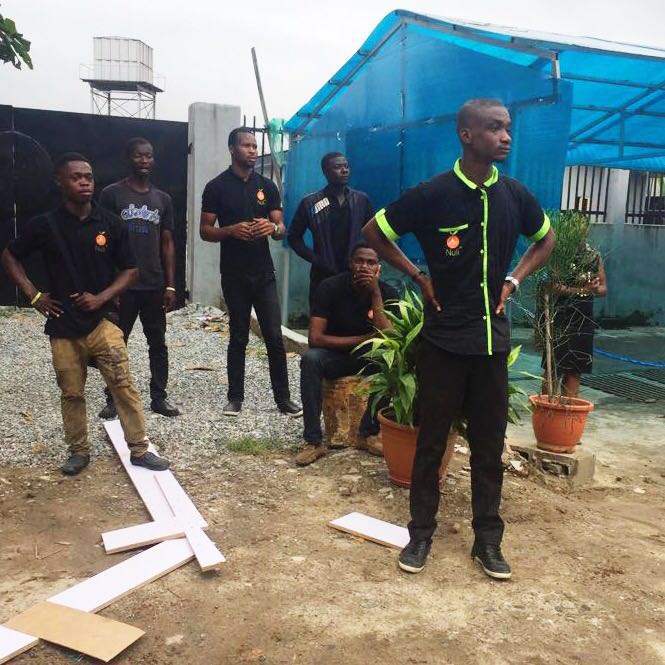