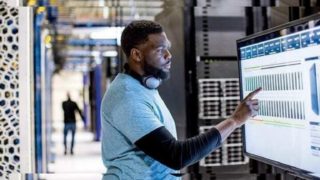 Data collection is critical in the (urbanisation) upgrade of cities. Accurate information about a city will help governments prioritize urbanisation goals, from basic service delivery to ambitious infrastructure investment plans. Between 2003 and 2013, urbanization was associated with 10.4 per cent average economic growth in Ethiopia.

An especially powerful category of data, known as geospatial information (data) tool also known as location data, contains location information. It uses artificial intelligence and aerial or satellite to enable information about cities to be linked together based on its shared location component, enabling effective decision-making at a local and national level.

Leading organisations Ordnance Survey (OS), the International Growth Centre (IGC) and the Commonwealth Association of Architects (CAA) are responding to the challenges associated with urban growth and the availability of accurate and up-to-date data for creating well-planned and managed cities by piloting the creation of an automated digital base map of Lusaka, Zambia.

The Ministry of Local Government is undertaking efforts to promote prosperous and inclusive urban settlements and ensure Zambia’s towns and cities are resilient to support economic growth. The ongoing COVID-19 pandemic has highlighted the importance of gaining a better understanding of the city’s informal settlements.

Using aerial imagery provided by the Zambia Survey Department in the Ministry of Lands and Natural Resources, OS has utilised its advanced automated process to generate a new base map using artificial intelligence across 420km2 of Lusaka. This innovative technique is a quick, accurate, and cost-effective way to create a detailed digital map with a wide range of applications, including the design and management of critical infrastructure services, land use planning, transportation planning, land tenure, ownership, and administration, and the integration of future census data. Computers are taught what to look for in images using training data; the technology then automatically creates mapping quickly and accurately.

The world is rapidly urbanising with over 55 per cent of the global population now living in urban areas and by 2050, it is projected to expand by an additional 2.5 billion urban dwellers. Sub-Saharan Africa in particular, is urbanising twice as fast as Europe with urban populations expected to triple by 2050.

According to the World Bank, 54 per cent of Sub-Saharan African urban dwellers live in informal settlements, and between 50 and 80 per cent rely on informal jobs. These dwellings are overcrowded, frequently polluted, and have insufficient housing as well as limited access to water and sanitation facilities. Furthermore, these unofficial sites lack the infrastructure needed to support sustainable, livable, and productive urban environments.

OS mapping data will help identify informal settlements, population density, the number of built structures, the location of transport infrastructure surrounding the formal and informal neighbourhoods, as well as access to electricity, sanitation facilities and clean water. A sister project, led by Patrick Lamson-Hall of New York University’s Marron Institute, is contributing to this analysis by creating a typology of the various informal settlements and tracking their expansion over time.

Together, this will enable the Ministry to better target investment in critical infrastructure and services, upgrading informal settlements to provide for the most vulnerable residents. It will also aid in better planning for urban expansion, lowering overall infrastructure investment costs, limiting informality, and enabling more resilient and sustainable urban futures.

By 2025, roughly 440 cities in emerging economies will contribute to nearly half of global economic growth. Sprawling urban areas limit access to job opportunities and social and commercial services while also being disconnected. If well-managed and planned, urbanisation in rapidly developing cities can be transformative, creating jobs, reducing poverty, and improving residents’ quality of life with better access to healthcare and cleaner water.

With two-thirds of African cities yet to be built, and retro-fitting infrastructure being three times more expensive, sustainable urbanisation is one of the solutions to our ever-growing global population and can increase prosperity, while alleviating high levels of urban poverty.

Andy Wilson, Region Director, Africa OS said; “This programme will promote the value associated with accurate and relevant spatial data. The rapid delivery of a scalable and replicable national digital base map is not only relevant to cities such as Lusaka but also has far-reaching benefits at a national and regional scale. OS data will provide the evidence and information to support critical decisions when upgrading existing informal settlements and planning future infrastructure to promote economic prosperity.”

Victoria Delbridge, Head of Cities that Work, International Growth Centre said; “Zambia’s policymakers need up-to-date evidence and tools to make critical decisions on urban investments. The base map created through this collaboration opens up a wealth of opportunities to better target and deliver the infrastructure and services that citizens need to prosper in cities, particularly the most vulnerable residents in informal settlements who are often absent from formal data sources.”

Peter Oborn, Senior Vice President, Commonwealth Association of Architects said; “Rapid urbanisation and unplanned settlements present an increasingly serious challenge in terms of social, economic and environmental well-being. The provision of accurate digital base maps creates a vitally important resource for use by policymakers and planners in the development of evidence-based solutions that will help deliver greater impact and at speed.”

“The Zambian Ministry of Lands is pleased to be supporting the creation of detailed mapping of Lusaka to deliver better outcomes for informal settlements and other critical uses such as land auditing and titling and effective land management,” said Joseph Minango, Surveyor General, Zambia Ministry of Lands.