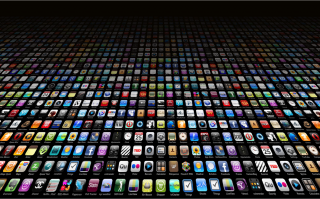 Kenyan rape victims may finally get the justice they deserve by using an app available on Android phones to report cases. The app which was built to help victims’ families adequately report and follow up on investigations, explains the 12 steps the police must take during an investigation. These include recording the complaint, and ensuring that the victim is privately interviewed, among others, leading up to the arrest of the culprit.

In addition, the application advises these families on the illegalities of settling certain cases out of court in exchange for money or commodities, noting the aforementioned as an obstruction of justice.

According to Fiona Sampson, the award-winning Executive Director of Equality Effect, a legal rights organisation which works to fight against child rape or defilement in Kenya, the network should immediately be contacted if complainants encounter any challenges with the police when reporting a case. Following a court ruling in favor of Fiona Sampson and her team of lawyers in 2013, the Kenyan police force is under obligation to investigate and prosecute every child rape case that is brought to them. The lawsuit and its success gave birth to the “160 Girls” project.

Phone applications are steadily gaining popularity in different parts of Africa to help African authorities pursue criminals and criminal activities by employing the primary weapon of reporting, which is still a problem in addressing rape issues in particular. In January of 2013, the National Police Service Commission (NPSC) launched a mobile application to enable Kenyans report a variety of offences by simply sending an SMS. This application was especially effective in tackling the fear of becoming a suspect by reporting a crime.

The same year, South Africa’s community organisation known as Rape Crisis, and popular mobile chat platform, Mxit, developed an application which enabled rape victims to file a report, while guiding them through the criminal and court processes and how to obtain proper counselling. Last year, Physicians for Human Rights, a U.S. based nonprofit organisation announced its plans to launch an application called MediCapt to help victims of rape in the Democratic Republic of Congo, by this year.

Government officials, religious leaders, head teachers, and students throughout Kenya will be trained to use the application over the course of the next six months, by Equality Effect. Presently, the application is being tested in Nairobi, Mombasa, Meru, and Kakamega. Equality Effect will connect with the local rape shelters and police force in these districts. Thus far, 700 police officers have been specially trained in investigating child rape cases.