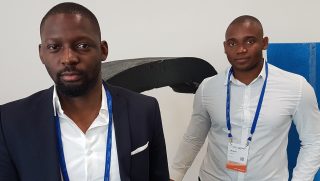 Originally, the idea was to create a clothes delivery platform but legal and market issues forced them to place the project on hold. After a while, Influenced by a personal need to always order food, Erickson Mvezi, who is also CEO of the startup, began a research on how food delivery platforms operated outside Angola.

“It was then that I took the model on hold, adjusted it by replacing the fashion stores with restaurants, and then started doing some feasibility studies and noticed that it would be a profitable thing, and then Tupuca was born,” Mvezi said in an interview.

“We realised that people living in Luanda had a difficult time going around to pick up food and other essentials. Tupuca has validated many assumptions in the delivery industry in Angola. Many people were sceptical about the readiness of the market,” Mvezi told Disrupt Africa.

Since its establishment four years ago, the startup only managed to get a total of $200,000 from two investors, US businessman Rohit Daswani who lives in Nigeria and a local restaurant owner Pramod Asija. Prior to those investments, funding for the startup was bootstrapped.

As at Q3 2017, Tupuca had a total of 30 employees. In a bid to minimise costs, the delivery drivers(Tupuquinhas) have to bring their own motorbikes, while the startup supplies backpacks and smartphones, along with insurance. “That way it minimises our costs… and they get a cut from the commission we make from the delivery fees,” Mvezi said.

According to the founders, the initial set up phase wasn’t easy. It took six months to get their first client signed on. But once they were able to convince the first, second and third restaurant, which happens to be well known, everything got easier from there. Currently, the platform has over 100 restaurants signed up and over 20,000 users with orders increasing from 400 monthly in January 2017, to 8000 monthly in January 2018.

In 2016, Tupuca was selected as one of the top 10 startups in Angola by Seedstars World, Luanda. And last year, the startup won the Angolan leg of the global Seedstars World competition, the world’s biggest startup competition in emerging markets. Now, the startup is getting solicited by investors and entrepreneurs from neighbouring countries like Congo and Mozambique to replicate the model by franchising, something the founders have said they would consider.

For founders, Mvezi, Ganga, Francisco and Teixeira, Tupuca is unfazed by increasing competition in Angola’s food delivery space instead the startup is focused on guaranteeing quality service, setting the market trend by introducing new services and inspiring young entrepreneurs across Africa.