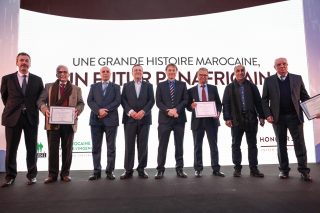 EMSI, the largest private higher education institution in Morocco, has been a pioneer for over 30 years serving as an innovation center as well as the leading multidisciplinary engineering school. Likewise, YKBS is one of the leading business schools in Mauritius offering competitive and relevant business and law programs.

Dr. Kamal Daissaoui, a founder of EMSI along with Dr. Bargach El Fatimi, Dr. Jawad Khayat, and Mr. Zouhair Benabbou  also expressed their excitement with the latest development. “We are delighted to be a part of the Honoris United Universities network as it represents an initiative devoted to fast-tracking Africa’s journey towards helping young people realize their potential. At EMSI, we have been educating engineers and innovators since 1986, a community that over these years has contributed significantly to the development of Morocco. Currently, EMSI has more than 10,000 alumni and over 4,000 student engineers in training throughout the Kingdom. EMSI’s commitment to empowering the new generation of Moroccan leaders is in line with the Kingdom’s vision for African nations to adopt a determined co-development approach for the sustainable development of the continent.”

“The Kingdom’s visionemphasizes the critical role of Africa’s youth in the development and transformation of the continent and therefore, EMSI’s mission and our participation with Honoris strongly endorse this vision.”

Prof. Jaumally Mahmad Reshad, Chairman, YKBS, added “Looking at Africa from a global point of view, Honoris United Universities will act as a catalyst for intellectual transfer between Northern and Southern Africa. Geographically, Africa is a large continent with vast disparities. Collaborative intelligence is therefore important – it seeks to build bridges of connectivity which will help to improve higher education and generate new opportunities to mould our future generations of African leaders. We look forward to embarking on this journey with Honoris United Universities.”

On Wednesday, 20th of December 2017, Honoris United Universities, announced that its network institution in South Africa, REGENT Business School, had signed a Memorandum of Understanding (MoU) with the Egyptian Ministry of Higher Education to establish a branch in the capital city of Cairo.

The MoU which was signed during the  “Africa 2017” Conference in Sharm El-Sheikh, last year, reflected  Honoris’ commitment to be a leading and referential pan-African education organization.

What you need to know about Honoris United Universities