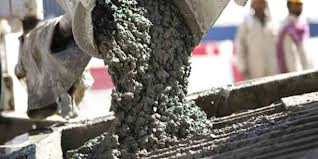 The global construction industry is poised for a major shake up as Swiss cement maker Holcim announces merger plans with Lafarge, to create the world’s biggest cement manufacturing company.

The merger will help both companies to join resources needed to slash costs and create better operational efficiencies.

The merger will see Lafarge shareholders receive an equivalent of one Holcim share for every Lafarge share they hold.

According to Rolf Soiron, Holcim Chairman, the merger offered “a once in a lifetime opportunity to deliver substantially better value to customers with more innovation, a wider range of products and solutions” adding that it will also increase shareholders earnings.

Although the transaction has not been sealed, the deal could trigger competition and anti-trust issues in key countries where both companies operate. In preparation for anti-trust objections from competition regulators, both companies have decided to sell $6.8 billion worth of assets to convince regulators on the creation of the new group called LafargeHolcim.

LafargeHolcim, which will be based in Switzerland and listed in Paris and Zurich, is expected to yield $44 billion in sales annually.

Lafarge’s Lafont will become the CEO and Holcim’s chairman designate, Wolfgang Reitzle, poised to become the Chairman of the new group.