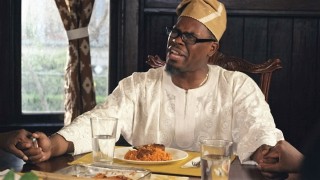 The pilot of an impending sitcom, African Booty Scratcher (ABS), has been making rounds on social media. The hilarious 3-minute video is a narrative of the typical Nigerian parent-child interaction and all the drama that comes with having African (Nigerian) parents. As stated by the producers of the sitcom, ABS tells the story of a family of Nigerian immigrants who struggle to balance wanting a better life for their son and also wanting him to maintain their traditional values and cultural identity.

Created by Damilare Sonoiki and his remarkable team, the sitcom seeks to do more than just make people laugh; ABS is meant to help viewers see beyond traditional stereotypes and also show how universally relatable the story of the African immigrant is. Since its debut on the internet six days ago, ABS has amassed over a million views on YouTube and over two million views on Facebook, with thousands of positive reactions and comments. This is definitely a good indication for the producers who are currently soliciting funds on Kickstarter to produce additional content for the sitcom and raise awareness to get the show on a major network.

As for the title of the sitcom – African Booty Scratcher – which a lot of people did not pay attention to, or simply did not understand, the producers say a lot of thought was put into it. The expression which has since existed in African- American vernacular since the 70s, is a derogatory epithet often directed at African immigrants. “Nearly every immigrant from the continent can relate to being called that name, and we are excited to take something negative and use it in a positive way,” they stated.

Already dubbed the “Naija version of Everybody hates Chris,“ it is easy to see why the brief pilot is a hit; the actors are great, people, especially Nigerians, can totally relate with the story and, finally, it is absolutely hilarious.