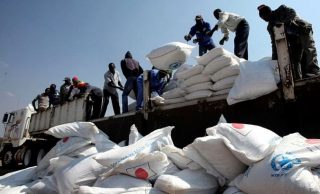 The collapse of Zimbabwe’s public healthcare is attributed to the country’s rising inflation and corruption. And now, millions of people in the troubled nation have been left unable to access medical treatment after an increase in service charges by health institutions.

National Blood Services Zimbabwe (NBSZ) has increased blood prices by 80 percent for patients in all private health institutions, private wards at public institutions and those covered by medical aid which takes effect on December 1.

In a statement, NBSZ spokesperson, Esther Massundah, said the upward adjustment of the price was in line with the interbank rate, highlighting that the cost of processing a unit of blood remained at over a hundred dollars. “The cost of producing a safe unit of blood is US$120, which is recovered at the prevailing bank rate,” she said.

Meanwhile, the cost, according to Massundah was borne by patients who visit private medical institutions while the government caters to patients at government hospitals and municipal clinics in Harare and Bulawayo. The transfusion issued to a patient in public institutions is given out free since government subsidy only applied to public health institutions.

The government in July 2018 introduced a free blood initiative for patients seeking transfusion from public health institutions and since then, patients have been accessing blood free of charge in these institutions.

As of 2008, up to 65 percent of healthcare services in Zimbabwe were provided by the public sector. But the severe social and economic challenges since that time have resulted in an unprecedented deterioration of health care infrastructure, loss of experienced health sector personnel, and a drastic decline in the quality of health services available for the population.

The high unit cost of producing blood relative to the annual GDP per capita demonstrates that acquiring safe blood is a burden on the health care sector.

“Access to quality and affordable healthcare is essential for building the human capital that economies need to promote growth, as private investment in Africa’s health sector is a key strategy for competitiveness and growth,” said Stephanie von Friedeburg, IFC’S Chief Operating Officer.

With the increment of blood prices, patients who cannot afford to pay $120 for a unit of blood cannot receive the treatment they need even if they urgently require it.