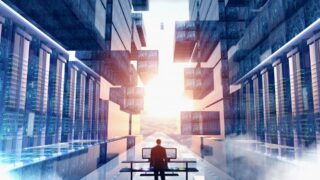 Highlights from Disrupt Africa’s report on the Nigerian Startup Ecosystem.

In the past few years, Nigeria has become the nerve of innovation in Africa, especially in the area of startup funding. Some of the juiciest success stories in the African tech ecosystem erupted from Nigeria. Several reports have corroborated this claim, and a recent one by Disrupt Africa upholds the same fact. Below are some highlights of the report on Nigerian startups, titled The Nigerian Startup Ecosystem Report.

Based on data extracted from a list of 481 Nigerian tech startups, the growth in the total amount of investment secured by Nigerian startups has been phenomenal. This year, Flutterwave bagged a US$250 million Series D funding making it the highest valued African startup. Between 2015 and 2022, at least 383 Nigerian tech startups raised a combined US$2,068,709,445 – a higher total than any other country on the continent.

As of August 2022, 107 Nigerian startups have raised funding – accounting for around one-third of the continent’s funded startups. So far this year, these startups have raised US$747,908,000, nearing the US$793,790,000 total from 2021. As always, fintech startups received the lion’s share of the funding rounds, and within the period in review, the space has attracted US$507 million – accounting for 67.8 per cent of Nigeria’s total funding. Across the whole tech ecosystem, the scale of growth is evident. Amazingly, the year is not over, and the chances of surpassing the target of previous years are bright.

Lagos is the epicentre of Nigerian startups

Lagos is to Nigeria what Nigeria is to Africa. To some, this could even be an understatement. Because unlike Nigeria, which is followed by Egypt, South Africa and Kenya in tech innovation, Lagos is far above other states in tech innovation. Therefore it is not unreasonable to crown the state, which has the fifth largest economy in Africa, the hub of tech innovation on the continent. Of the 481 startups active across the country, no fewer than 425 (88.4 %) Nigerian tech startups tracked by this report are based in the city. Abuja, the capital, drags behind with just 23 ventures and other tech ventures spread across thirteen locations.

While it is applaudable that the tech ecosystem is thriving in the country, it is appalling that women are under-represented in it. Disrupt Africa revealed that only 75 (15.6 per cent) of Nigerian tech startups have at least one woman within their founding team, coming ahead of South Africa’s 14.3% and Egypt’s 12.5%. Nevertheless, it remains a dent in the continent’s tech ecosystem, especially as gender parity is integral to making a sustainable world.

Though the newer generation of startups is more likely to be female-founded, and a handful of venture capital firms focus on backing female entrepreneurs, there remains a lot to be done. Trying to turn the tide and make deliberate efforts to achieve gender parity in the shortest time has its perks. The World Bank projects the Nigerian economy could earn an additional $23- $ 29 billion if the country closed the gender gap.

Tech has been a key player in combating the unemployment scourge in Nigeria. There is an influx of unemployed youths into the ecosystem. Even some employed ones are transitioning to tech – ‘the new oil’ in the country.

Disrupt Africa’s report shows that Nigerian startups employed 19,334 people, dwarfing the 11,340 employed in South Africa. The fintech sector is the biggest employer of labour in the whole tech ecosystem, accounting for almost half of Nigerian startup employment, with 8,653 jobs, at an average of 50 per startup.

The e-commerce and retail-tech space come second behind fintech in job creation, with 3,100 current jobs supported by the space. This represents 16 per cent of the Nigerian startup total. Other tech sub-sectors like Edtech (35), E- mobility and logistics, recruitment and HR (24) and agritech (23) have supported a combined 3,990 jobs in the country.