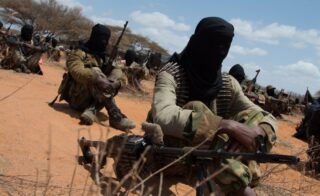 Across the globe, nations are battling various forms of crisis; physical battles and systemic wars. In any case, war is a disaster that should be avoided due to the devastating economic impact it has in the long run. While the world is still shocked by the ongoing Russia-Ukraine war, developing countries like Mozambique are battling insurgencies that have crippled economic activities and deterred foreign investments.

In 2010, U.S-based energy company Anadarko Petroleum Corporation and Italy-based energy company Eni discovered 150 trillion cubic feet of Liquefied Natural Gas (LNG) in Mozambique. This discovery was expected to propel the country into the world’s top ten LNG exporters, with output estimated to be sufficient to feed the world’s largest LNG importer, Japan, for the next 35 years.

Investment in the country’s LNG sector boomed as Anadarko approved the construction of a $20 billion gas liquefaction and export terminal in mid-2019, its first most expansive investment on the continent. By September of the same year, French-based oil major TotalEnergies (Total) acquired Anadarko’s 26.5 per cent interest in the LNG project for $3.9 billion. The following year Total signed a $14.9 billion Senior Debt Financing Agreement with a target of 65 trillion cubic feet of recoverable natural gas in the country. Expectations mounted as the French company began to construct additional two-train projects which could expand LNG supply up to 43 million tonnes per annum (MTPA) when production commences in 2024.

The Southern African nation holds Africa’s 3rd largest natural gas reserve estimated at 120 trillion cubic feet, projected to double in its prospection phase. Experts have named the country the next LNG El Dorado, given the potential of its large, low-cost resource base and strategic location along the Indian Ocean to supply key demand centres in Europe, America and Asia. The future seems bright for Mozambique. If all goes as planned, Mozambique would become a major LNG producer to rival Australia, Qatar, Russia and the United States, at a time when Europe, America and some parts of Asia are scrambling for an alternative to Russia’s gas supply in the wake of the war. However, an increase in violent activities of Islamist insurgency in the country since the year 2017 is putting a strain on economic growth prospects and causing severe drawbacks.

A halt on the Mozambique LNG project

From mid-2018, the Islamic State of Iraq and the Levant (ISIL) became active in Cabo Delgado, northern Mozambique. As of 2020, the crisis in the region intensified as Islamic militant groups fought for control of the state. Following the spates of attacks, Total declared a force majeure on the LNG project in 2021 and withdrew all of its staff from the construction site in Palma-the town closest to its LNG site.

The project is currently on hold, as is the country’s hope of generating nearly $100 billion in revenue over the next 25 years from LNG projects. According to Aljazeera, earlier delays have already caused the International Monetary Fund (IMF) to scale back its economic growth forecasts for the nation as of 2021. The insurgency has cost Mozambique thousands of lives and close to 700,000 displaced persons. President Filipe Nyusi is currently seeking military aid from neighbouring African countries to help against the insurgence groups.