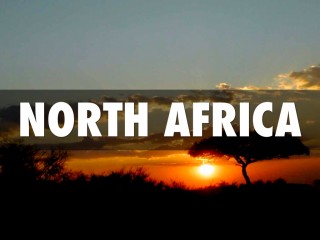 According to the AFDB, North Africa is loosening constraints on private sector growth, but not enough

In ‘Taking the Pulse of North Africa’, a review of North African economies, released on November 23, 2015, the African Development Bank (AfDB) revealed economic and political implications for Algeria, Egypt, Libya, Mauritania, Morocco and Tunisia, using facts and figures from 2014.  The report cites the successes of the following countries in politics; 2014 presidential elections were successfully held in Algeria around April, Egypt in May, Mauritania in June and Tunisia in December.

The report features data on the Gross Domestic Product growth in all North African countries.

It also features data on the fiscal balances in all North African countries.

As well as current and projected inflation figures.

However, there were different forecasts for all countries featured in the report:

This month, about 60 Algerian chief executives will attend a business convention in Dearborn, Michigan to promote trade and investment for the country. American business leaders also note that Algeria has been a relatively calm in recent years. This according to them, make it a potentially attractive destination for U.S. investment.

However, the AfDB report notes that the Algerian government is undertaking steps to streamline procedures for enrollment in the trade register and access to land, reduce the burden of business taxation, and improve incentives for foreign investors as a way of driving Foreign Direct Investments (FDIs). This comes even after the country recorded a 4.0 percent increase in its Gross Domestic Product (GDP) growth due to value added in the hydrocarbons sector after a decline in recent years.

United States financial services company, Moody’s recently said the Egyptian economy has improved in recent times. It also said Egypt’s economic growth over the next 12-18 months will likely be supported by both public and private investments. The AfDB report claims that according to the Central Bank of Egypt (CBE), net FDI rose by 9.8 percent, reaching $4.12 billion in Fiscal Year 2013/2014, while investment and remittances were worth $18.5 billion over the same period. The report also cites that the Egyptian government adopted a November 2014 micro-finance law, which was set up to support low- to medium-income households’ access to housing finance and also empowers the Egyptian Financial Supervisory Authority (EFSA) to regulate micro-finance transactions in the country.

Economic experts claim that Libya is undergoing economic crisis due to conflict. According to them, volatility in the petroleum sector has produced substantial budgetary pressure and resulted in further divisions between the government and the Central Bank of Libya (CBL). Though conflict ridden, the AfDB report notes that Libya’s ability to stable its economy depend solely on the country’s return to peace. It also blames the absence of a unified central authority and the rising power of regional and religious militias over the oil fields, for a major decline in oil output. Oil output reached a low 155,000 barrels per day (bpd) by May 2014, well below the historical average of 1.6 million bpd.

Early this month, the Mauritanian economy minister, Sid’Ahmed Ould Raiss said of the economy, “We have made constant progress, with more emphasis on economic growth thanks to the private sector in order to reach respectively 5.4% and 6.1% without oil revenues during 2010-2014 period.”

The AfDB report indicates a rise in Mauritania’s Gross Domestic Product (GDP). The country’s GDP rose by 6.4 percent in 2014 as the 14.4 percent rise in iron ore production and fishery (a pointer to advantages of diversifying the economy). According to the report, the diversification compensated for the 19.6 percent decline in oil production, 4.6 percent decline in manufacturing output, and 4.8 percent fall in gold and copper.

Yesterday, Fitch Ratings forecast a GDP growth of 2.9 percent in 2016, which is lower than the robust 4.6 percent estimate for 2015, while the AfDB report notes that Morocco is taking advantage of existing free trade agreements, and of the political, economic and financial relations already established with several Sub-Saharan African countries.

This strategy resulted in a 13 percent expansion of trade with Sub-Saharan Africa in 2014. The report forecasts that the Moroccan GDP will accelerate to 4.5 percent in 2015 and 5 percent in 2016, but this will depend on a few factors like revival in foreign demand, a rise in foreign exchange reserves, and an increase in the purchasing power of Moroccan households as well as the competitiveness of Moroccan businesses.

Finance Minister, Slim Chaker recently said the Tunisian economy is expected to grow by 2.5 percent in 2016, however, the AfDB report says the Agriculture sector accounts for 18.5 percent of Tunisia’s employment, which is good for the economy which has been greatly affected by the fall in oil prices. According to the report, oil and gas exploitation fell by 7.6 percent and mining by 4.2 percent. Increases in output were driven by services, both non-commercial (up 3.9 percent) and commercial (up 3.3 percent), including telecommunications (plus 8.1 percent).

Manufacturing value added increased by only 1.3 percent, although performance was better in agri-business industries (up 3.1 percent) and mechanical and electrical industries (up 2.4 percent). Value added in the agriculture sector increased by 2.3 percent in 2014. Although GDP is expected to decline due to a decline in public investment. The report says overall investment is projected to increase by 6.2 percent a year over tourism revenues.