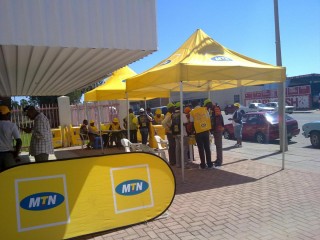 Here is how MTN plans to settle the N780 billion fine

South African-based telecommunications giant, MTN, has reportedly set aside about $600 million in a bid to settle the N780 billion fine imposed on the company by the National Communications Commission (NCC), after posting a 51 percent drop in its annual profits.

This comes after the telecoms company made a “good faith payment” of N50 billion last week and subsequently withdrew its court charges as part of a Federal High Court verdict towards a possible settlement before the 18th of March.

Despite posting a revenue increase by 0.1 percent to 146.35 billion Rands, MTN increased its subscriber base by 4.1 percent to 232.5 million. As such, the telecoms company is optimistic about the fine settlement and plans to list its Nigerian unit on the stock exchange in Lagos once it has resolved a disputed $3.9 billion.

Here is how MTN plans to settle the imposed fine:

Negotiation with the Federal government

Last week, the Chief Executive Officer of MTN Nigeria, Ferdi Moolman, revealed that the company’s Executive Chairman, Phuthuma Nhleko, will be leading negotiations with the government but it appears this may not be immediate.

President Jacob Zuma’s visit to Nigeria, billed for next week, affords the South African company an opportunity to discuss with President Muhammadu Buhari. Zuma is expected to address the Joint Session of the National Assembly of Nigeria and will address the South Africa-Nigeria Business Forum with the Nigerian president.

After receiving the part payment of N50 billion from MTN, the Nigerian Minister of Communications, Mr. Adebayo Shittu, said the company plans to start fresh negotiations with the federal government on the imposed fine but the final decision rests solely with on president.

The possibility of heading back to court

A person from the MTN Group office in South Africa said, on the condition of anonymity, that the telecoms company could head back to court if the government fails to reduce the N780 billion fine, The Punch reported.

MTN had an early victory in its legal battle with Nigerian authorities in January,after securing the right to transfer money out of Nigeria after the federal government sought to freeze its accounts. Its decision to hire former U.S Attorney General, Eric Holder, in a desperate move to get a reduction in the fine, might see the federal government engaged in legal battle with the company.

Following the loss of 1.4 percent in total revenue and a hovering hefty fine, MTN plans to cut the its full-year dividend to a minimum of 7 Rand this year due to uncertainty surrounding the payment of a record $3.9 billion fine in Nigeria and the lack of U.S. dollars in the country.

“We have adopted a cautious approach to the dividend outlook, taking into account the interests of shareholders and lenders and the importance of maintaining an investment-grade credit rating. This minimum dividend remains subject to the outcome of the regulatory fine,” said MTN.