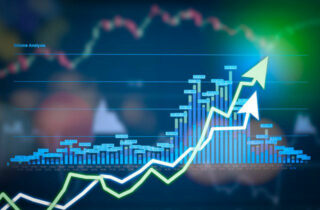 Here is how an IPO alters the trajectory of a business

When Abdulsamad Rabiu listed BUA Food’s 18 billion shares for the first time on the Nigerian Exchange Limited (NGX) in January 2022, I bet he anticipated this day. About this time a year ago, Rabiu was worth $4.5 billion, was the 574th richest man in the world and 6th on the African continent. But as of today, January 16th, 2023, the BUA Group founder is worth $7.6 billion, ranks as the 301st richest man globally and is Africa’s 4th (and Nigeria’s 2nd) wealthiest man.

Rabiu is the founder of BUA Group, a Nigerian -based conglomerate with a diversified investments portfolio that spans business segments such as food, infrastructure, mining and manufacturing. The trajectory of his wealth began to change from the day- on January 5th, 2022- when he listed the IPO (Initial Public Offering) of BUA Foods, the food arm of BUA Group, on the Nigerian stock market.

When Rabiu listed BUA Foods, on the NGX at N40 ($0.087) per unit, little did he know that the share’s value would appreciate by 10% that same day- capping its valuation at N792 billion ($1.72 billion). The food businesses which merged to create BUA Foods include BUA Sugar Refinery Limited, BUA Oil Mills Limited, IRS Flour, IRS Pasta and BUA Rice.

The food segment of Rabiu’s business empire began the year with a share price of N65.00 ($0.14) but as of January 16th, closed at N75 ($0.16) on the NGX. According to an analysis from Kwayisi, “shareholders can be optimistic about BUAFOODS knowing the stock has accrued 18% over the past four-week period—19th best on NGX.”

What an IPO means for businesses and investors

An IPO is the process of listing shares of a private corporation to the public in a new stock issuance for the first time. The process allows a company to raise equity capital from public investors. That, in turn, helps the business to expand, innovate, diversify and become profitable. An IPO means the company is no longer a private company and has met the requirements of a stock exchange market. It transitions the company from a private to a public entity, and investors now have a stake. In the end, shareholders expect to receive rewards (or dividends) after a while.

What determines the success of an IPO is whether investors express optimism (have confidence) for the business or not. Most often than not, the performance, credibility or reputation of a company or its owner(s) informs investors’ confidence. This helps potential investors to form their sentiments (opinions) about a venture. That sentiment would determine their responses and the IPO’s performance on the stock market. So, a business could be profitable yet, fall out of favour with investors in the stock market.

Let us take Jumia, a Lagos-based pan-African e-commerce startup for example. On the 12th of April 2019, Jumia was listed on the New York Stock Exchange, with shares trading at $14.50 under the ticker symbol JMIA. The company was already a success at the time. Three years before going public, Jumia had attained the $1 billion valuation after a funding round that included Goldman Sachs, AXA and MTN.

So, the IPO was initiated to create another growth avenue for Africa’s first unicorn. Initially, shares of Jumia performed well on the NYSE. But, about 3 weeks later, in May, its shares plunged by 38%. That came after Citron Research (a short-seller) called Jumia an ‘obvious fraud’ in a research report. Since then, the company’s shares have underperformed on the NYSE as investors took their exit. Although Jumia stock has begun to pick up again since last year, it closed trading at $4.0200 on the NYSE on Friday, January 13th.