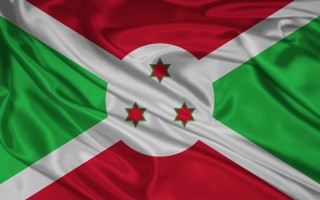 Here is context for Burundi’s accusations against Rwanda

In what seems to be a trade of words, Burundi’s foreign minister, Alain Nyamitwe, has accused the Rwandan government of training rebels to destabilize the Burundian government. The reason Rwanda would invest in mobilizing resources to equip rebels with military expertise to disrupt political activities in Burundi is unclear. However, Rwanda refuted the allegations on the grounds that Burundi is pointing accusing fingers to divert attention from its internal problems.

This state of mutual suspicion between the two countries is evidence of a strained relationship. The duo used to share warm relations and depended on each other for cross-border business transactions. However, the sharp disagreement over the support for the March 23 Movement rebel group in DR Congo in 2012 became a bone of contention between the two east African countries. Earlier this year, Burundi alleged that Rwanda planted spies within its territory, hence the expulsion of a Rwandan high profile public certified accountant, Anthony Masozara- the Chief Executive Officer of Econet, the biggest telecommunications firm in Burundi.

Rwanda equally suspected that Burundian spies had been smuggling their way into Rwanda by mixing up with the over 10, 000 refugees from the Burundian to Rwanda, an outcome of the violence that followed the political crisis caused by Nkurunziza’s ambitions.

Both countries share common ethnic compositions. President Nkurunziza is a Hutu while Mr. Kagame, the President of Rwanda is a Tutsi. The bloody contention between these two ethnic groups degenerated into a protracted civil war. Noticeably, the rebels Burundi accused Rwanda of training are remnants of the Democratic Forces for the Liberation pf Rwanda (FDLR) linked with the Rwandan genocide.

Perhaps, what raised the suspicions were the assassinations that almost became the order of the day in Burundi. Prominently, General Adolphe, who was famous for crushing the coup plot against Nkurunnziza was one of the victims. Foreign Minister, Nyamitwe reportedly said that Rwanda granted sanctuary to the coup plotters after the incident. To him, this was a clear threat to Burundi.

Before this incident, the Rwandan President openly condemned the violence that accompanied Nkurunziza’s declaration of running for a third term in office, which sparked protests that dissolved into widespread violence.

This is the claim that birthed Burundi’s accusations against the Rwandan government. Whether or not it is true remains a question to be answered.