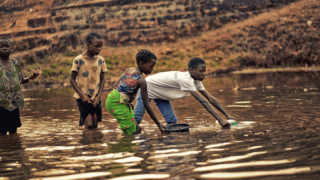 Several parts of Nigeria are currently experiencing flooding of immense destructive magnitude. The Nigerian Government said over 2.5 million people have now been affected by the devastating flooding across Benue, Kogi, Anambra and other states. The flood has been linked to heavy rainfalls, adverse effects of climate change and the release of excess water from the Lagdo Dam in Northern Cameroon. As of last Friday, 27 of Nigeria’s 36 states have been affected.

Flood is a prevalent natural disaster in Nigeria. The country experiences flooding annually, and each comes with huge losses, which often run into estimated billions and trillions of naira. For example, in 2012, Nigeria experienced its worst flooding incidents in recent history. A post-disaster assessment survey revealed the flood must have cost Nigeria an estimated N2.6 trillion (US$16.9 billion). Additionally, the flood displaced about 2.3 million people, killed 363 persons and destroyed nearly 597,476 houses in 30 states, according to official figures from the Nigerian National Emergency Management Agency (NEMA).

For the latest wave of flooding, media houses have reported that not less than 1.4 million people have been displaced. Also, about 82,053 houses are already damaged, while the death toll is over 600. Meteorological Agencies are warning that states like Anambra, Delta, Cross River, Rivers and Bayelsa are still at risk of experiencing floods up till the end of November.

The scale of the disaster is colossal, and almost every sector in the country has been affected. Below, are some of the ways Nigerians are bearing the brunt of these unprecedented floods.

The agricultural sector in the country has remained the worst hit, and it is presently in a critical state. About 332,327 hectares of farmlands were said to have been completely damaged by the flood. This is bad for a sector already stretched by the effects of the Russian-Ukraine war. Farmers are counting losses as their investments are washed away by the ravaging flood. More than 150,000 hectares of land, estimated at over N30 billion, have been destroyed in the Northeast.

Notably, Africa’s largest rice farm, Olam Rice Farm, has lost over $15 million worth of planted crops as flood submerged 4,500 of its 13,500 hectares of rice farmland in Nasarawa State. According to the company, other damages caused by the flood were on infrastructures, including dykes, canals, and drainage worth $8 million. In the same state, women farmers have lost 500 million food crops to flood.

The adverse effects of the flood on farmlands, especially in the food production hubs of Nasarawa, Benue, Kogi, and Anambra put Nigeria at risk of a food crisis. Already, the food inflation rate in Nigeria defies gravity, and as of September, it was at 23.34%, marking an uptick from the 23.12% recorded in the previous month.

Cost of consumables In Bayelsa as a result of #FloodInBayelsa

There have been projections about the imminent rise of food commodities, especially as the festive period approaches. And to mitigate the effect of the food crisis, the government has ordered the release of 12,000 metric tonnes of food items from the National Strategic Reserve for distribution to communities affected by flooding.

The sector, which is the foothold of Nigeria’s economy, is not spared from the effects of the flood. The Nigeria Liquefied Natural Gas (NLNG) Limited recently declared force majeure on its 22.2 million ton per year Bonny LNG export facility due to the high rate of flooding in Rivers, Delta, and Bayelsa states of the Niger Delta region.

Gas suppliers have complained of high floodwater levels in their operational areas, leading to a shut-in of gas production, which has caused a significant disruption of gas supply to NLNG. For example, the Utorogu Natural Gas Plant in Ughelli Delta State, which supplies gas to the West African Gas Pipeline (WAGP) system, was recently taken over by flood water.

This development on production plants can lead to a decline in Nigeria’s foreign earnings and exacerbate its financial crisis.

The flooding has washed off many roads, and bridges people ply for daily activities. For example, the River Niger Bridge in Lokoja is experiencing rising water levels which has consequently disrupted the passage of vehicles along the route.

This unforeseen development has halted the easy passage of people, goods and services to their final destination. The flood has made heavy-duty trucks stuck for days in Lokoja, one of the country’s main trading routes, resulting in the fuel scarcity experienced in Abuja and its environs. This has resulted in panic-buying. Now, prices of foodstuffs have also skyrocketed due to transportation challenges.

Many flood victims fleeing their homes have resorted to using ferries to commute. Many of these ferries lack safety features because of the urgency that birthed them. Consequently, many ferries have capsized. In Anambra, at least 76 people experienced a capsize and lost their lives because of unsafe means of commuting.

The recent flood has also resulted in the loss of learning hours, high absenteeism, and the closure of schools in different areas of the country. Delta State University of Science and Technology, Ozoro, has been shut down for two weeks by the government due to the ravaging flood that has negatively affected most parts of the institution.

Similarly, a low turnout of students was recorded in Kogi state schools. In Jigawa state, at least 257 schools and health facilities got destroyed by the flood.

Generally, the country is still counting the losses of the flood. And there have been projections by the Nigerian Meteorological Agency (NIMET) that states in the North-Central and South-East zones in Nigeria should expect more flooding. Not so much can be done regarding infrastructure or policy creation for the time left in this rainy season. But the loss incurred so far from the flood has revealed the need for deliberate action from the government and the governed in mitigating future flood incidents.