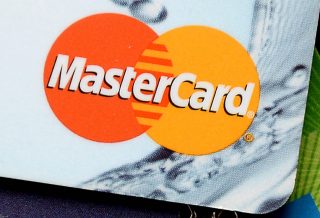 Fifteen scholar teams have emerged winners of the 2019 MasterCard Foundation Social Venture Challenge. Fourteen of these teams are from African countries while the other team is from Lebanon.

MasterCard Foundation in collaboration with The Resolution Project hosts a Resolution Social Venture Challenge every year. The competition seeks to provide a pathway to action for socially responsible young leaders who want to create change in their communities.

The annual competition started in 2016 where six teams won, followed by ten winning teams in 2017 and fifteen teams in 2018. The competition allows winning teams an opportunity to pursue their aspirations and increase their appetite for leadership and impact by providing them with mentorship, access to resources and a seed funding of $7,500.

According to MasterCard Foundation’s Manager of Youth Engagement and Networks, Ashley Collier, the 2019 competition received 125 applications but 31 teams bringing together 65 scholars reached the semi-final, and fifteen winning teams from ten countries came out victorious. Uganda had three winning teams, Ghana, Kenya, and Zimbabwe won with two teams each while Cameroon, Gambia, Lebanon, Malawi, Rwanda, and Senegal got one winning team each.

1. Marie-Aimée Nirere and Nadine Iradukunda from Rwanda own Healthy Us – a social venture that is trying to increase the wellbeing of orphans in Rwanda through a nutritional awareness program.

“The program will create a kitchen garden in a local orphanage in Masaka, Kicukiro District, to grow fruit and vegetables, especially mushrooms, which are rich in protein and easy to cultivate. The income from the mushroom sales will provide orphaned children with food, toiletries, and school materials,” Iradukunda revealed.

2. Edith Naisubi and Amanuel Eshete, on the other hand, won an award for their project, AgriSan. The project aims to boost agriculture and reduce poverty by establishing a community market garden for underprivileged rural women in the Pallisa District of Uganda.

3. Another team of Kenyan scholars, Daniel Mutia and Jason Billy created a robot. Through their Africa-I project, they wish to inspire young people to learn about computing through a curriculum that emphasizes on technology like robotics.

4. Team Linda comprises first-year undergraduates, Martine Irakoza from Burundi, Prudence Hainga and Grace (Kenya) who want to spread conversations about sexual health through a safe and private messaging platform to make sure young people get guidance from trained professionals.

The winners were announced at the closing of 2019 Mastercard Foundation Scholars Baobab Summit in Kigali, Rwanda, which lasted for three days. The summit’s themes were courage, connections, and creativity. The three-day annual summit brought together more than 250 undergraduate scholars pursuing their studies at different universities around the world under the Mastercard Foundation’s scholarships.