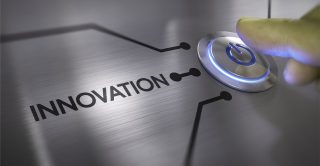 Here are 3 sustainable innovations in Africa you should know about

“In a world of changing climate, and a rapidly growing population, developing sustainable solutions to meet rising food demand and provide energy access to people in remote areas is a global priority. – Dr Lamya Fawwaz, Director of the Zayed Sustainability Prize

We Care solar suitcase is a highly-efficient solar energy system for obstetric care in off-grid communities. Developed by Laura Stachel in response to the poor state of medical facilities and care in developing countries,  the bright yellow portable suitcase contains medical equipment including fetal monitors, a cell phone, rechargeable headlamps and batteries, solar panels, and outlets for 12-volt DC devices.

A lack of electricity and the poor state of medical facilities have led to increased maternal and infant mortality cases claiming the lives of over 300,000 women and millions of infants in developing countries around the world.  So far, it is reported that the solar suitcase has helped 1.9 million people and provided round-the-clock lighting in about 4000 medical facilities in 27 countries in Africa.

We Care Solar partners with international organizations like the WHO and UNICEF as well as agencies and governments across Africa to support its Light Every Birth campaign to improve obstetric care across the continent and provide training on capacity-building to local technicians on the installation and maintenance of the suitcase.

“We are currently working on countrywide programs calling for the elimination of every poverty in health facilities by 2030 through our Light Every Birth campaign. We are working with governments, UN agencies, and NGOs to ensure that every public health centre has reliable lighting and essential power,” Stachel said.

In January, the portable maternity and medical solar suitcase won the 2019  Zayed Sustainability Prize in the health category for its impact on the health and safety outcomes of millions of women and children around the world particularly in Africa and Asia. According to Stachel, We Care Solar envisions a world where all mothers and infants survive childbirth, children thrive, and families have uninterrupted access to quality health care.

Of the two billion people suffering from malnutrition globally, Africa is hit the hardest. A lot of people have no access to healthy food with key vitamins and minerals, resulting in millions of deaths from preventable illnesses. Sanku is a small-scale food fortification initiative by the non-profit organisation, Project Healthy Children (PHC).

The initiative reaches out to communities vulnerable to malnutrition by equipping and incentivising small-scale, local millers to fortify their flour with life-saving nutrients since the most commonly consumed food in developing countries is primarily starchy flour. This works by installing a Sanku dosifier, a machine designed to add specific amounts of critical nutrients to flour, in small scale flour mills in Africa that produce and sell staple food to families daily.

A single dosifier can fortify flour for over 100,000 people daily for less than $0.30 per person annually. Currently, with about 150 dosifiers installed in flour mills across five East African countries, Sanku is impacting the lives of almost a million people by providing them with a safer and healthier source of food. The initiative is working towards reaching a hundred million people by 2025 and ultimately end malnutrition in Africa.

The living machine is an environmentally friendly water treatment system that was created by Wuntia Gomda and Jesse Forrester, students of the African Leadership Academy in South Africa in response to the issue of drought and a lack of potable water in cities across the country. Described as an artificial wetland, the machine turns greywater into clean potable water, using plants.

“We had been hearing news about the droughts in Cape Town and how the city was slowly approaching Day Zero, which was when it was expected to run out of usable water,” Wuntia said. “We brainstormed different ways to convert grey water into water that could be used for different purposes. This would save people from a plethora of problems,” he said.

With a $100,000, prize money awarded the team of two by the Zayed Sustainability Prize in January, Wuntia and Jesse intend to replicate the living machine across the continent and make it mainstream to the point where it becomes a household name. Both innovators have also set up solar panels in their school to reduce carbon footprints and the costs of electricity, consequently increasing the school’s savings to fund more renewable energy projects on campus and across Africa.

Kindly watch video for the living machine below: