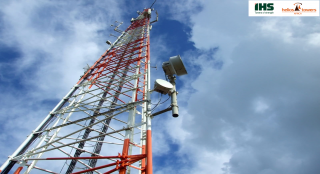 Leading telecoms infrastructure company, Helios Towers Africa Ltd, has reignited its plans to list on the London Stock Exchange (LSE). The company is looking to raise $125 million through the issuance of new shares, in addition to the sale of existing shares by shareholders.

At least 25 percent of the Helios is expected to be free-floated on the London bourse. According to the company’s statement, proceeds from the listing will be deployed into expanding its services, including possibly into new countries.

Merrill Lynch International, Jefferies and Standard Bank are joint global coordinators and bookrunners while EFG Hermes and Renaissance Capital will act as joint bookrunners if the IPO proceeds, Helios said.

Last year, Helios abandoned a plan to go public in an initial public offering (IPO) owing to concern about political risk in some of the countries it has operations (DRC and Tanzania), Reuters reported. The public offering was expected to raise the firm’s value to $2.47 billion.

The company’s decision to revive the listing plan comes as continental mobile network operators (MNOs) are gearing up to launch 5G in Africa in the coming years. Helios Towers currently provides towers access for a number of Africa’s biggest carriers such as Airtel, Orange, MTN, and Vodacom.

“The Sub-Saharan Africa telecommunications market is and will continue to be one of the most exciting and high growth in the world,” CEO of Helios Towers, Kash Pandya, said.“The underlying demographic and macro-economic trends are compelling.”

According to the CEO, the growth in the continent’s telecommunications market is being driven by a young, growing and increasingly urbanized population whose demand for high-quality mobile voice and data services continues unabated.

The growth is “being further fuelled by the expansion of 3G and 4G services and one day 5G services; and GDP growth that across our markets is expected to be 4.5 percent per annum to 2024,” Pandya added. Helios has delivered 18 consecutive quarters of growth in adjusted EBIDTA, which stood at $201 million at the end of the second quarter of this year.

The company’s expansion bid positions it for further growth in the tower business as telecoms companies across Africa have in recent years sold off their tower units. This is aimed at cutting costs by divesting from infrastructure and instead focusing on core service delivery.

Africa has more than 120,000 towers, with over 40 percent owned by independent firms. According to data from TowerXchange, Tanzania, which is an important market for Helios, has the highest number of towers in East Africa at 8,800.