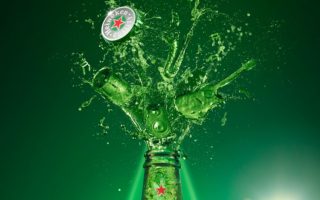 In an announcement on Wednesday, January 20, 2021, Heineken South Africa revealed that it would be suspending new investments in the country because of the impact of COVID-19 (coronavirus) on its business. The beer brewer also disclosed plans to cut 70 jobs.

In 2020, strict measures to curb the spread of coronavirus in South Africa, including an embargo on the sale of alcohol and also on bars, parties and clubs, were implemented on 3 different occasions by the government. This had a major impact on the alcoholic beverage sector.

In the wake of the pandemic, it was discovered that alcohol misuse posed a challenge with several cases of drunken fighting, domestic violence and weekend binge-drinking across the country. These further led more people to the country’s already overwhelmed hospitals, exposing them to the virus.

In a statement, Yvonne Mosadi, Human Resources Director for Heineken South Africa said that before considering the move, the company implemented various cost mitigation measures throughout 2020. “Unfortunately, given the ongoing challenging situation the company finds itself in, these measures are no longer adequate to manage and sustain the operating costs of the business,” Mosadi said.

Heineken controls 18 percent of the African $13 billion beer market, alongside AB InBev, Castel and Diageo. As of Q3 2020, the company’s net profit had recorded a 76 percent decline to €396 million compared to the €1.66 billion figure recorded for the same period the previous year.

The sales of its beer organically declined by 1.9 percent in the third quarter and 8.1 percent for the first nine months of the year. Nevertheless, the company’s flagship Heineken brand increased by 7.1 percent despite the overall performance.

The beer company operates in countries on the continent as it controls 18 percent of Africa’s market share. With this new move, Heineken would be focusing more on its other African markets with more growth prospects.