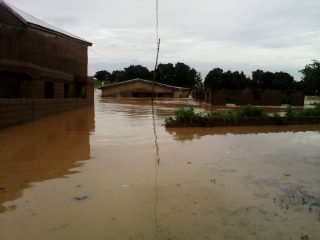 Meteorologists are warning of devastating floods in the months to come, resulting from erratic weather patterns that threaten cropping seasons.

The weather forecast predicts an elevated  risk of flooding to the Nile River Basin, Lake Victoria Basin and surrounding low-lying areas of the region.

Some regions in  Kenya, Uganda, South Sudan, Sudan and Ethiopia, have been warned by experts, to expect above normal rainfall, and a return of floods between June and September.

According to the Famine Early Warning Systems Network (Fews Net), “the overall impact of the devastating floods is yet to be fully assessed due to the challenges posed by the Covid-19 pandemic. Floods cause significant crop damage and destroy various infrastructure in affected areas.”

Based on Fews Net report, there will be  40 percent of paddies in southwestern Kenya due to the damage caused by Lake Victoria overflows in surrounding low-lying regions.

The prospect of food production becomes an issue of concern in Africa, due to the mixed effects of heavy rainfall, floods, the early end of the long rain season, and the invasion by desert locusts.

According to the network, satellite-derived crop simulation models and key-informants have confirmed that several areas are currently experiencing rainfall deficit and are consequently exhibiting drier-than-normal vegetation conditions.

Rainfall deficits are also expected to emerge in coastal Kenya and Tanzania in the upcoming season. This could create the formation of a third-generation of desert locust swarms, groups, and bands hence threatening food security in the region.

However, Fews Net says “there are concerns that late-planted crops (planted in April) will be subject to significantly reduced yields or even crop failure in marginal cropping areas in eastern and southeastern lowlands of Kenya due to prolonged crop water stress in May and early June.”

In Uganda, the report states that most early-planted maize crops in the south are in the late maturity to harvesting stages,

In the rest of the country. However, there is increasing concern for reduced yields of maize, which is mostly in the reproductive to maturity stages, due to poor May rainfall.

Food security in the eastern and northern regions are not guaranteed. These regions are at higher risk of flooding, especially around the Lake Victoria and Nile River basins and flood-prone areas in the Mt Elgon region.