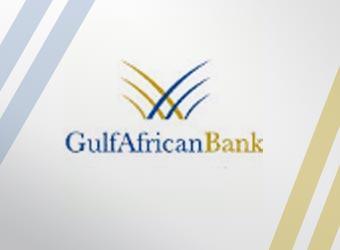 Kenya’s first and largest Islamic bank Gulf African Bank, has signed a KSh100 million ($1.2 million) agreement with the African Guarantee Fund to support lending to Small and Medium-sized Enterprises in the country.

The portfolio guarantee deal is meant to share the risks associated with lending to SMEs, thus unlocking more financing to them. The deal also has a capacity building component that will go towards boosting financing and risk management capabilities.

The agreement was signed at the Stanely Sarova Hotel in Nairobi by Asad Ahmed, Managing Director of Gulf African Bank and Felix Bikpo, chief executive officer of the African Guarantee Fund (AGF).

Speaking after the signing, Mr Ahmed said that the portfolio guarantee from AGF was a much needed boost to its products as it innovates and diversifies its SME banking services.

“We are committed to addressing the unique banking needs of SME through continuous innovation and improvement of our product suite,” he added.

The deal will contribute towards growth and further development of SMEs which are the main engine of economic growth and a major factor in promoting private sector development.

Inadequate access to capital has been cited as a key challenge to the development of SMEs in Africa. Many lending institutions shy away from financing them because they are considered risky. The African Guarantee Fund has the capacity and leadership to effectively help accelerate development in Africa.

Gulf African Bank is the first fully Shari’ah compliant bank in Kenya, offering products that address the needs of not just Muslims, but everyone in the country through fair, safe and ethical banking practices. GAB is a pioneering Islamic Bank not only in Kenya but also in the entire East African region, whose shareholders include: Istithmar World (the investment arm of the Government of Dubai); BMI Bank (a leading regional bank headquartered in Bahrain); Sheikh Abdullah Mohammed Al Romaizan (a leading investor from Saudi Arabia); PTA Bank, GulfCap (UAE) and prominent Kenyan nationals

It is today the largest Islamic bank in the region. It has 13 branches in Nairobi City.