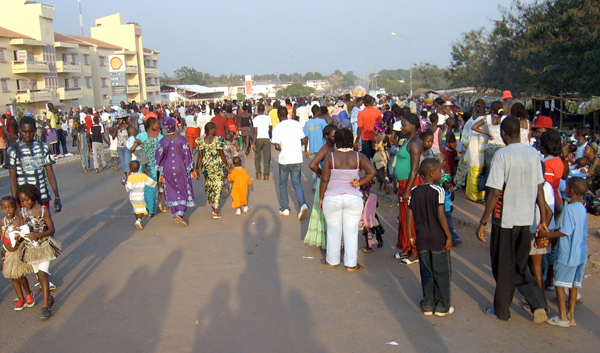 Guinea-Bissau, Not A Coup

“What the West has softened on is the role of Latin Americans — who are, matter-of-fact, the experts — in the dubious business of drug trafficking. It has demonised the embattled nation as a concaine-dependent economy, ignoring all its agriculture and fishing.”

Guinea-Bissau, of late, has done very little to help its one-side “narco-state” tag by the West. Alongside fellow West African Country, Mali, the former Portuguese colony has been stealing the headlines for the wrong reasons, primarily for a putsch that dishearteningly elongates its history as a country where no civilian president as ever successfully completed a tenure in office, and secondarily as the world’s notorious trans-shipment zone of cocaine.

The putsches also dispersed anti-military demonstrators and closed down private radio stations on Sunday, while their commanders arranged a meeting with political parties to decide the composition of a national transitional council.

After the first round of talks, which spanned two days, twenty political parties have acceded to the creation of the council, save the ruling Partido Africano da Independência da Guiné e Cabo Verde (African Party for the Independence of Guinea and Cape Verde, PAIGC), which controls two-third seats in the parliament. While PAIGC dissented, spokesman for the other parties, Fernando Vaz, announced the “dissolution of all existing constitutional bodies.”

Gun-wielding soldiers disbanded some 300 disappointed citizens who thronged the National Assembly on Sunday to protest the coup and the detentions, bearing a banner that read “Enough violence.”

The media has also been muffled, with soldiers occupying the premises of three prominent private radio stations in the capital city of Bissau — Radio Bombolom, Radio Pidjiguiti and Radio Nossa — ostensibly to forestall due criticism of the military.

While the military’s tokenistic rhetoric of creating “necessary conditions for the rapid re-establishment of constitutional order and above all a climate of peace and security,” remains improbable, the country’s already battered reputation has continued dwindling, with international media beaming its scorching spotlight on the heavy activity of drug traffickers.

“In Guinea-Bissau, the military don’t really want power; they are not interested in running the state … they just want to be able to go on with their businesses, their drugs business …” a foreign diplomat said in his analysis of the crisis.

But what the West has softened on is the role of Latin Americans — who are, matter-of-fact, the experts — in the dubious business of drug trafficking. It has demonised the embattled nation as a concaine-dependent economy, ignoring all its agriculture and fishing.

But how will Guinea-Bissau fight its battle and redeem its image? Certainly not my elongating its compulsive tradition of coup-plotting!