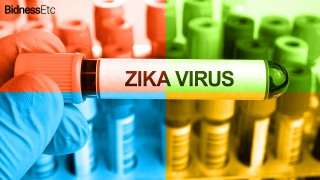 Guinea-Bissau has confirmed its first three cases of the Zika virus in a group of islands off the mainland, sparking fears that the nation could become a gateway for the virus into the rest of West Africa.

“The Health Minister has informed (the government) of three confirmed cases of Zika virus contamination located in the Bijagos Archipelago,” read a government statement sent to reporters. The region consists of a group of islands with a reputation as a transit point for trafficking narcotics into Europe. Although the statement by Guinea Bissau’s government did not state the expected origin of the three cases, the government said it was establishing a committee headed by Prime Minister Baciro Dja that will impose a series of measures aimed at containing the virus.

The confirmation of the mosquito-borne virus in the coastal West African country increases the chances of its rapid spread across the region. The virus was first seen on the continent in Cape Verde where over 200 cases were confirmed and many more suspected. While the the Cape Verde islands are located nearly 600 km (370 miles) off West Africa’s Atlantic coast, creating a geographical buffer with the region, Bijagos Archipelago is a short boat ride from the mainland sparking serious fears of an epidemic. “Once it has got a toe-hold in Africa, it is likely to spread pretty dramatically,” said Professor Paul Hunter, an expert in health protection at the University of East Anglia.

The Zika virus is primarily spread by the Aedes aegypti mosquito, the mosquito transmits the virus when it bites a person infected with the virus then bites another host. Once contaminated, it can be transmitted from pregnant women to their foetus and is linked to a birth defect called microcephaly, where babies are born with abnormally small heads and sometimes brain damage.The symptoms of the virus, which has spread rapidly through Latin America and the Caribbean, include fever, mild pain and conjunctivitis but only 20 percent of people infected with the virus display any symptoms.

West Africa was hit by an Ebola epidemic in 2014 that claimed over 11,000 lives, killing people in Liberia, Guinea, Sierra Leone, Mali and Nigeria. The continent was only declared free of the virus over a year ago and will do well to prevent another devastating outbreak. Countries in the region have been adversely affected by the global fall in commodity prices and Nigeria, a country that accounts for 47 percent of West Africa’s population is on the verge of recession. An outbreak of the virus in the nation, which hit a record high inflation rate of 15.7 percent in May and is besieged by militants in the southern region of the state, will further destabilise economic activity.

West African governments need to take proactive measures to prevent and contain the spread of the virus. While little can be done about the migration of mosquitos, visitors and tourists must be mandated to undergo indicative tests and provide the results to immigration officials before they can be granted permission to stay. Quarantine and containment facilities should also be readied in anticipation of an outbreak. The Nigerian government responded commendably to contain the Ebola outbreak of 2014 in the country. But unlike the sudden outbreak of Ebola, the nation and other West African states have an opportunity to act proactively this time around.