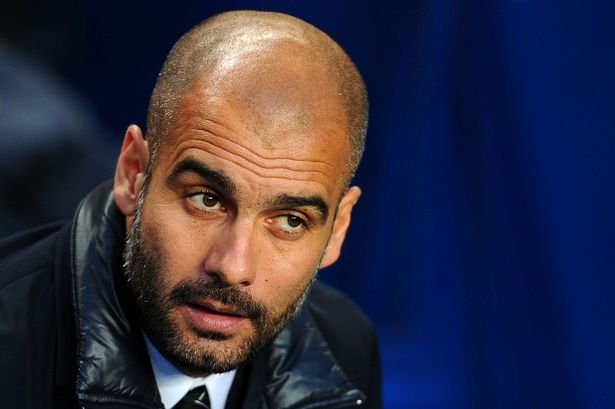 In an earlier post, we hinted you that Barcelona’s present coach, Pep Guardiola, has decided to leave the club and take a break from football.

The Catalan born coach officially announced his decision at a press conference today citing exhaustion and the need to get away from the pressures of football as his reasons for quitting.

“The reason is simple. Four years gets tiring… I am not able to give more,” Guardiaola said.

Barca was knocked off the Champions League by Chelsea this week and have all but lost their La-Liga crown after loosing 2 : 1  to rivals Real Madrid last Saturday. Many fans say this may have prompted Guardiola’s decision.

But the 41 year old insists he already decided to quit last year.

“At the beginning of December I announced to the chairman that I was seeing the end of my era at Barcelona. Obviously, we couldn’t say that publicly.”

The former club captain has led the Blaugrana to an unprecedented 13 titles (including three La-Liga and two Champions League titles) out of 17 competitions the club entered for in the last four years. However, he praised his players for everything.

“I want to thank my players who are responsible for everything that has happened here. It has been a great pleasure to train them.”

Guardiola was appointed on the 8th of May 2008 to succeed Frank Rijkaard after the club had gone two years without a trophy. Pep then bought five new players, including Mali’s captain- Seydou Keita, from Sevilla; as well as promoting several youngsters from the Barca B team.

The club went on to win an astonishing treble: La-Liga, Champions League and Copa Del Rey in his first season adding three more titles to finish the 2009 calendar year with 6 trophies.

In a related development, Keita’s new coach will be present assistant manager Tito Vilanova, if he stays with the club next season.

Barcelona’s President, Sandro Rossell, announced at the press conference that the club’s board has ratified the decision. And Guardiola believes Vilanova will take the club to higher heights.

“This club has a powerful force. It is unstoppable. Whoever will replace me will be able to take it on and do it marvellously.”