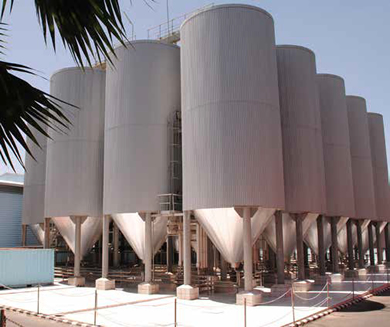 An up-and-coming brewery in Ethiopia with a popular product and fair portion of the market presented international investment firms with a recognisable growth opportunity in which to invest.

With the aim of contributing to lasting economic growth and improving the living conditions of the local population, DEG (Deutsche Investitions-undEntwicklungsgesellschaft mbH), one of Europe’s largest development finance institutions, identifies and invests in companies in developing countries. At the moment, it has its attention firmly focused on Dashen Brewery in Ethiopia.

The second largest brewing company in Ethiopia by capacity, Dashen Brewery is currently the only brewery in the country’s north-west region. It is located in Gondar, 700 kilometres north-west of Addis Ababa. Built in 1996, it is the youngest major Ethiopian brewery, but it offers very high quality products. Not many know that Dashen is the only Ethiopian brewery adhering to the German purity law which regulates the ingredients that can be used to produce beer.

Dashen Brewery has the potential to produce 769 000 hectolitres at any given time, employs over 600 people and has an 18 percent total market share by sales volume in Ethiopia. Its sales are particularly strong in the north of the country, where it controls 60 percent of the market. After over a decade of establishing a popular product and gaining a decent share of the growing 4.3 million hectolitre market, Dashen has teamed up with foreign investors, DEG, Duet Capital and Vasari Global who have provided the necessary backing to take the brewery to the next level.

Ethiopia had been on DEG’s radar for a while especially as the investor watched the country and the changes that have occurred over the past four to five years. Christoph Evard, Vice President in DEG’s equity/mezzanine team, explains that Ethiopia had, in the past, been highly regulated, making equity investments difficult to execute. DEG established a foothold in the country when it financed a hotel in Addis Ababa. “We got to know the country through this transaction and saw that there was a lot of potential from an entrepreneurial viewpoint,” he says.

DEG had already built a portfolio of around 25 companies in the agribusiness sector throughout Africa and liked this space. Evard says Dashen was a good fit for DEG as it had a strong agricultural component in the sourcing of raw materials and DEG had invested in other breweries in developing markets. “We were very impressed with the company. It had a strong brand positioning, was well-placed and had a significant market share,” he adds. Dashen was not able to satisfy demand. Every bottle of beer it produced was sold. “We saw the need to bring in extra capacity and grow the brewery into a state-of-theart brewery to compete with the top brands in the country,” says Evard.

London-based asset management company, Duet Capital, has been active in the Ethiopian market for years and has built a relationship with the shareholders of Dashen Brewery. When discussions about a potential investment progressed, Duet approached DEG to team up and take advantage of the opportunity. In 2012, DEG, together with Duet and Vasari Global, provided Dashen with an equity investment of $90 million.

As a result of the transaction, DEG, Duet and Vasari now hold the majority of the shares in Dashen Brewery. Tiret, an Ethiopian endowment chartiy mandated to support the sustainable development of the Amhara region and its people, which previously held a 100-percent stake in the brewery, is now a minority shareholder.

Since the conclusion of the deal, Dashen has embarked on a major programme to improve its existing operations. Evard said: “We are looking to increase the brewery’s overall level of sophistication by analysing and, if possible, improving the way the business is run. This includes every aspect from raw material sourcing, brewing process, distribution and sales, environmental and social, to health and safety.” DEG recruited international individuals with specialist skill sets at top management levels, including a new CEO, new CFO and new Technical Director. It also implemented capacity building programmes targeted at middle and lower managers, as well as blue-collar employees. Finally they brought on an international environmental and social consultancy to identify other areas of improvement in these fields.

The goal, explains Evard, was to get the company ready for two major developments: a shift in the market from being supplier-driven with significant over-demand, to being customer-driven and highly competitive; and the building of a new brewery that will ultimately more than triple capacity. “Efficiently running two separate breweries with significantly higher production capacity requires a rethinking of all aspects of business and processes, both internally and in our interaction along the value chain with stakeholders, suppliers, distributors and customers. All this necessitates a shift in culture and in the way things have been done successfully in the past. Ultimately we would like to see Ethiopians running a world-class brewery and successfully competing with large internationals,” he added.

The first initiatives have already borne fruit for Dashen Brewery. Without the additional capacity, 2012 output increased by 25 percent in comparison with output in 2011. Evard added that work on the new brewery is moving ahead as planned. It is expected to be operational in the coming 12 months.

For DEG, the Dashen Brewery transaction is not a once-off occurrence, and the company hopes to pursue a number of other investment opportunities. Once the new brewery is up and running, Evard said DEG will have to see what comes next. “Do we want to build another brewery, invest in distribution and so on? There are always a lot of opportunities when we find a partner we know and trust. We hope this is the beginning of a long-lasting relationship,” he said.

According to Evard, there are also a number of follow-on investment opportunities. He explains that though Dashen sources raw materials locally where possible, Ethiopia lacks sufficient quantities of high-quality malt to supply the breweries. As a result, breweries buy and import malt from other countries. “For a development finance institution like DEG, supporting local smallholder farms to produce high-quality grain to supply local malt processing facilities would be another example of our value-add,” says Evard.

Evard believes that Dashen has the potential to become a regional company but he adds that the reality of expanding regionally is still a challenge due to the differences between each market. He says: “there is potential if the transferable product is good enough, but we will focus on Ethiopia first.”