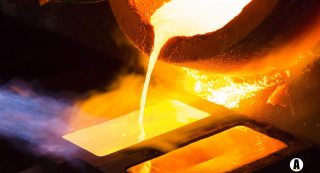 On Tuesday, June 9, the  Nigerian government inaugurated the country’s first gold and precious metals refining conglomerate. The refinery is an operative collaboration between the Dukia Gold and Precious Metals Raw Materials Buying Program and Heritage Bank.

At the inauguration ceremony which took place via a Zoom virtual meeting, Nigeria’s Vice President Yemi Osinbajo lauded the facility. “Dukia Gold has created new opportunities for us to mine these reserves properly, trade responsibly, and refine locally,” Osinbajo said, adding that the country has potential reserves of 200 million ounces of gold.

More so, the development is expected to create primary employment for local artisanal miners and mining cooperatives across the solid minerals value chain. “What we are looking at here is an extremely valuable new source of trade, jobs, and foreign exchange,” he added.

Osinbajo also stated that the launch of the project would give rise to the nationwide Dukia-Heritage Bank Gold and Precious Metals Buying Centres as part of valuable private sector collaboration to help encourage a culture of recycling mineral waste. This would provide a sustainable way for Nigerians to exchange their gold jewellery and other precious items for cash.

This system of exchange will not only help encourage the act of recycling but will also serve as a complementary source for the raw materials needed for the Dukia Gold & Precious Metals Refining Company.

In the 1970s, mining was a major source of revenue in Nigeria, with significant production of coal, tin, and columbite. However, with the discovery of crude oil in the Niger Delta region, the nation became a major producer of petroleum products, neglecting the mining sector.

Despite the country’s mineral wealth, the Nigerian mining industry is greatly underdeveloped and only accounts for 0.3 percent of the country’s gross domestic product. The underdevelopment is resulting in Nigeria having to import processed minerals, which could be locally produced.

This partnership is in line with the Federal Government’s overall Economic Transformation Agenda, to pursue diversification of the Nigerian economy and contribute more to the nation’s GDP.

Developing the mining industry would provide another source of revenue for the country and lessen the overdependence on the oil sector. It would also create job opportunities and earn more foreign currency for the country.