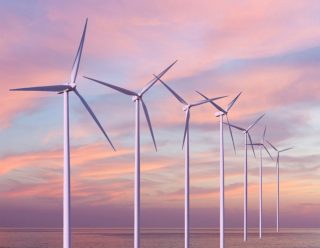 Initial plans by American multinational technological company, Google LLC,  to buy a 12.5 percent stake in Kenya’s Lake Turkana wind farm has been cancelled due to lengthy project delays. The project aims to generate 310 megawatts (MW) of power for the East African nation.

The project which was proposed for completion in 2017 experienced setbacks that dragged it into 2019, making Google cancel its stake in the wind farm.

On Monday, 10th of February 2020, this development was announced in a news report, by a spokesman for Vestas, the Danish wind turbine maker. The spokesman stated that “due to delays relating primarily to the transmission line, the Vestas agreement with Google was cancelled in 2019.” He added, however, that the Danish company was in talks with other potential investors who are interested in buying the stake.

The energy sector in Kenya is largely dominated by petroleum and electricity, with wood fuel providing the basic energy needs of the rural communities, urban poor, and the informal sector. Electrical energy in Kenya is mostly generated by renewable sources. The majority comes from geothermal power and hydroelectricity. These renewable sources are naturally replenished over time.

Currently, the government of President Uhuru Muigai Kenyatta has started plans to create a globally competitive and prosperous nation with a high quality of life by 2030. Efforts are also being made to increase energy rates in both urban and rural areas. Still, electricity access in the country is low despite the government’s ambitious target to increase electricity access from the current 15 percent to at least 65 percent by the year 2022.

A report indicates that only 15 percent of its national population have access to electricity. In the urban areas, 42 percent of households use electricity for lighting while 55 percent still depend on kerosene lamps. While in the rural areas 87 percent of households still depend on kerosene for lighting.  But when the Lake Turkana wind farm project is completed, it would be addressing the need for electrical power supply in the country, especially among the rural communities.

Kenya is one of African’s largest tech hubs. The last decade saw a rise in FinTech and tech startups in the country. Sufficient power supply in the country would necessitate economic growth, industrialisation, access to useful information, a rise in Small and Medium business and an increase in innovative technologies.

The Lake Turkana wind farm project which uses clean renewable energy will help the country combat climate change while improving the quality of life of its people. With cleaner air comes a cleaner life and clearer minds. An improved Quality of life in Kenya would be an economic advantage because it would intensify its global competitiveness for talents