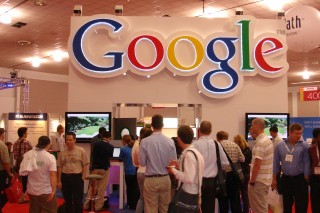 Google announces the opening of its GNI Innovation Challenge

Google, a leading American multinational technology company, has announced the opening of applications for a new round of its funding scheme for journalism in Africa, the Middle East and Turkey. The Google News Initiative Innovation Challenge is a scheme that aims to help media organizations in these regions improve their revenue offerings up to but not limited to $150,000 in funding for selected ideas, though that is not a hard limit.

In a press statement, the tech giant said that the second GNI Innovation Challenge in the Middle East, Turkey & Africa region would focus on reader engagement and new business models in any form. It stated that the new initiative rides on the success of its first round of the Challenge for the region which issued 21 projects from 13 countries $1.93 million in funding.

“As before, Google will fund selected projects up to $150,000 and will finance up to 70 percent of the total project cost,” Google stated. However, Special discretion on the total project cap may be considered by the Jury depending on the scale and impact of a very large collaborative effort.

Despite Google’s passion to fund journalism in Africa, not all forms of journalism would be eligible for the fund. The eligible areas include projects relating to news coverage only or projects that merely translate news content into other languages, upgrades of legacy publishing systems, projects that relate to simply collating or listing data (for example, the publication of job listings or stock exchange data, or the re-publication of newswire articles), projects on training or education only, projects which do not have any monetization component, projects which do not impact a news organization and projects which reflect research without implementation.