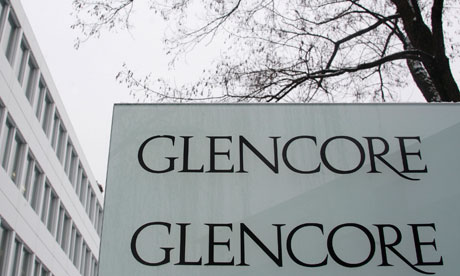 London and Johannesburg-listed resources firm, Glencore, on Monday moved to clear the air around claims that it wanted to merge its operations with another resources giant, Rio Tinto.

Glencore said it all started in July this year when it made an informal enquiry by telephone call to Rio Tinto, looking to see whether there might be any interest at Rio Tinto in investigating some form of merger between the two companies.

According to Glencore, during this telephonic discussion, Rio Tinto said it was not interested in engaging in these talks.

“Glencore confirms that it is no longer actively considering any possible merger transaction with, or offer for the shares of, Rio Tinto,” Glencore said.

Glencore is one of the world’s biggest diversified natural resource firms and a major producer and marketer of more than 90 commodities.

It has operations in more than 150 mining and metallurgical sites, oil production assets and agricultural facilities. It has a strong footprint in both established and emerging regions for natural resources.

Glencore’s industrial and marketing activities are supported by a global network of more than 90 offices located in over 50 countries.