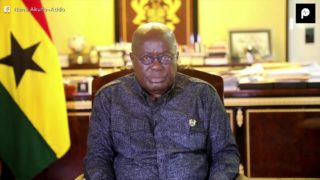 On Monday, May 3rd 2021, as Ghanaians protested unemployment, corruption, irregular power, water shortage, illegal mining, a poor educational system, among other things with the #FixTheCountry campaign, President Nana Akufo-Addo had a brief interview with CNN where he addressed some of the issues being protested, including his administration’s plan to attract foreign companies to Ghana.

Last month, an announcement that Twitter is establishing its African headquarters in Ghana caused quite a stir on the social media platform. Besides reigniting the familiar Nigeria-Ghana banter, it demonstrates the economic stability of the West African country so much so that it is a preferred destination for foreign investors and companies. In the first half of 2020, the Gold Coast attracted the largest amount of Foreign Direct Investment (FDI) in West Africa, despite the pandemic.

In the interview with CNN, President Akufo-Addo said his government is working to attract more companies to Ghana by creating a level playing field for businesses, foreign and domestic, to boost investor confidence in Ghana’s economy. “We are trying to manage the economy in such a way that there is stability in the economy and in the way in which businessmen and individuals can make decisions,” he said. He mentioned that before Twitter, Google had established its first African-based Artificial Intelligence Center in Ghana, and these events are proof of the recognition of the stability of the Ghanaian state.

On tackling corruption, President Addo said he is satisfied with what his administration has done so far, adding that when he came into office, he met poorly resourced anti corruption institutions. But things have changed. “You can talk all you like about corruption. But if the instruments at your disposal for dealing with it are weak and blunt, you will get no results… A lot has been done. It is reflected in Ghana’s growing position in rankings of corruption in the world. We’ve gone up several notches since I came into office, because we’re dealing with these matters at a basic level,” he said.

Regarding the country’s response to the pandemic, President Addo said Ghana’s target is to vaccinate 20 million people by the end of the year. This would mean effectively vaccinating the entire adult population of the country. Ghana has a population of over 30 million people, vaccinating 20 million people by the end of the year would mean the country has vaccinated its adult population. But there have been some delays in getting vaccines. Deliveries expected in March and April have not materialised due to the limited availability of vaccines. A problem President Addo describes as “troublesome”. In February, Ghana was the first country to receive COVID-19 vaccines through the World Health Organization’s COVAX program. Like most developing African countries, Ghana is relying on the COVAX initiative and the African Union, via the African Medical Supplies Platform, for vaccine supply.

At a press conference with President Emmanuel Macron in 2017, President Addo had said that Africa should work to end its dependency on the west. Today, as the world deals with the COVID-19 pandemic and Africa lags in the vaccination drive due to supply issues and a lack of international solidarity, Addo believes more than ever in building a country and continent that is self-reliant and self-sufficient. “The pandemic has, if anything at all, reinforced the validity of what I was saying that our self reliance in all aspects of our national life is absolutely critical for our ability to survive the crises and the challenges of the future. I think that the need for us to look to ourselves, to find ways of resolving our problems has been intensified by what has happened in this last year with this vaccine. We cannot depend on charity, we cannot depend on the generosity of foreigners and foreign taxpayers for our sustenance,” he said.