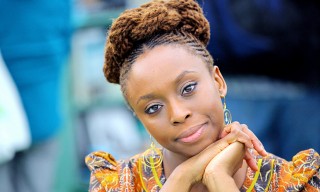 Getting caught up in the minutiae: The hostility towards Chimamanda Ngozi Adichie is uncalled-for

“Keep your love. Because, sadly, while I love to be loved, I will not accept your love if it comes with these conditions.” This was Chimamanda Ngozi Adichie’s reply to a Nigerian man who was concerned about how the author hoped to retain his waned love for her. A love, which according to him, had died since Adichie started talking about “this gay thing.” To put it plainly, John Doe had said he had issues with Adichie being pro-LGBTQ, and also being very vocal about feminism.

These past few days, the Nigerian author who has gotten no love, and subsequently lost the love of many Nigerians like John Doe because of her pro-stance on LGBTQ rights, has been subjected to widespread criticism and antagonism for making a supposed ‘transphobic comment.’ In an interview with Britain’s Channel 4 last Friday, Adichie said, “… transwomen are transwomen,” suggesting that the experiences of transgender women are different from women whose gender was assigned female at birth. By the way, I concur.

Amid the hostility, Adichie has tried to clarify her statement and explain the fact that she is NOT transphobic, “I think the impulse to say that transwomen are women just like women born female are women comes from a need to make trans issues mainstream. Because by making them mainstream, we might reduce the many oppressions they experience. But it feels disingenuous to me. The intent is a good one but the strategy feels untrue. Diversity does not have to mean division,” she posted on Facebook.

Still, the trans community at large has refused to see reason with the author. Trans activists and celebrities like Laverne Cox and Raquel Willis out rightly objected via a thread of tweets, and a lengthy article labelling Adichie as “trans-misogynist.” On social media, Adichie has been subject to much hostility by the trans lobby and their allies. Many asked her to shut up and take a seat, but not at the table with transwomen. Because she has no idea what she is talking about, and cannot understand the intersectionality of gender when it comes to trans issues.

“I have and will continue to stand up for the rights of transgender people. Not merely because of the violence they experience but because they are equal human beings deserving to be what they are.”- CNA

“You can’t speak for trans women. Stop attempting to describe an experience with womanhood you don’t understand,” a transwoman addressed Adichie on Facebook. But the irony of such a statement is that it confirms what Adichie said in that interview, that women born female and transwomen have different experiences. That said, Adichie did not just wake up to say she’s become an activist for transwomen, she was asked a question, and she simply gave an answer.

However, Adichie is constantly advancing progress for women. To say that she is unqualified to speak on behalf of transwomen because she is not one is to create a divide which hampers true advocacy in the fight for equal rights and recognition; which is exactly what the trans community strives for. It beats me how a group of individuals who are constantly victimised, bullied and oppressed would turn into bullies at the slightest opportunity simply because someone has an opinion, a language, and an experience that is different from theirs.

I read some of the hurtful comments directed at Adichie, and all I can think of is Mahershala Ali’s speech on persecution and acceptance at the SAG award. “When we kind of get caught up in the minutiae, the details that make us different, there’s two ways of seeing that,” he said. “There’s an opportunity to see the texture of that person, the characteristics that make them unique [and accept them]. And then there’s the opportunity to go to war about it — to say, ‘That person is different from me, and I don’t like you, so let’s battle.’” The former, I believe is Adichie’s exact stance on the matter as she has said that to acknowledge our differences and separate experiences is to start to move toward more honest conversations about the conceptions of gender.