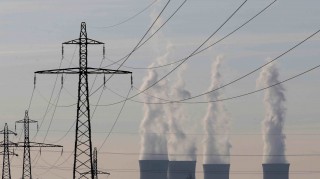 At the recent launch of the Nigerian-German Chamber of Commerce (NGCC) in Lagos, the German Consulate General, Dr Stefan Traumann, called for an upgrade in Nigeria’s infrastructure to strengthen economic ties between the two countries.

Dr Traumann stressed the need to deepen the relationship between both countries which has existed for 160 years, with a trade value of 3.5 billion euros. “We need to pay more attention to infrastructure, especially in the areas of power, agriculture, financial services, manufacturing, and vocational training,” the German official said in a statement.

He further stated that Germany has more than 92 of its companies in Nigeria, employing more than 10,000 people directly and generating an annual turnover of more than $1 billion.

Nigeria has taken several steps in attempts to develop its infrastructure. Earlier in the year, the government agreed to a deal with a German energy company, Siemens, with the aim of fixing the country’s unreliable electricity grid.

The deal was first drawn in a meeting between Nigeria’s President Muhammadu Buhari and Germany’s Chancellor Angela Merkel in August 2018. The 6-year deal with the German energy giant hopes to generate at least 25,000 megawatts of electricity by the year 2025.

Most recently, the Nigerian government awarded a share of $75 million World Bank-funded grant to Lumos, a Dutch solar grid company, to strengthen its penetration in the country.

On the performance of  Germany in job creation in the country, Traumann stated that “it is impressive, but there is room for improvement, especially when it comes to the small and medium businesses.”

Africa’s largest economy has bilateral relations with over 70 countries, a lot of which began way before the country’s independence in 1960. Since independence, with Jaja Wachuku as the first Minister of Foreign Affairs and Commons, Nigeria has worked tirelessly to strike bilateral relationships that would favour its citizens and bring about national development. However, Africa remains the centrepiece of Nigeria’s foreign policy.

Commenting at the event, Onyeche Tifase, the President of NGCC, said that the chamber was created to meet the needs of Nigerians and improve the business environment for German investors in the country.

The West African country’s relationship with Germany has been very friendly. Germany has an embassy in Abuja and a consulate-general in Lagos while Nigeria has an embassy in Berlin and a consulate-general in Bonn. As Nigeria keeps making positive moves to upgrade its infrastructure, there is a likelihood German investors will target the country as their next destination.